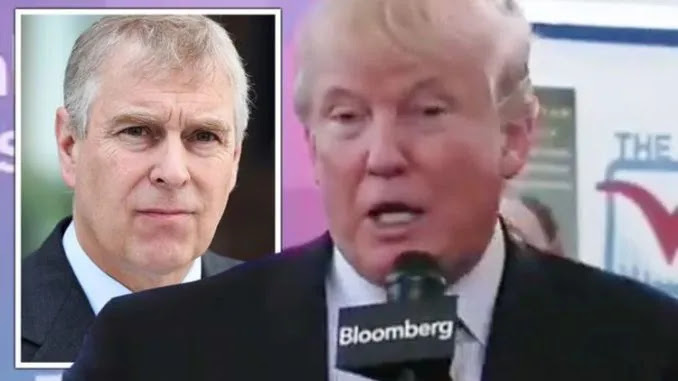 In an interview, Trump described Epstien’s infamous private Caribbean island as a “cesspool” and told reporters to ask Prince Andrew, claiming “he’ll tell you about it”.

The Independent reports: The encounter with reporters took place before Mr Trump entered the 2016 presidential race at that year’s CPAC conservative conference.

During a question and answer session with Fox News host Sean Hannity, Mr Trump was asked what he thought of former President Bill Clinton.

“Nice guy, got a lot of problems coming up in my opinion, with the famous island with Jeffrey Epstein,” Mr Trump said.

“I don’t know, but that island was really a cesspool, there’s no question about it, just ask Prince Andrew, he’ll tell you about it, the island was an absolute cesspool,” Mr Trump said.

Prince Andrew was a friend of Epstein and met him through Epstein’s former girlfriend, Ghislaine Maxwell. Ms Maxwell was arrested last month and is awaiting trial for child sex trafficking tied to Epstein’s sexual abuse of children.

Many of the abuses Epstein committed occurred on his private island, Little Saint James.