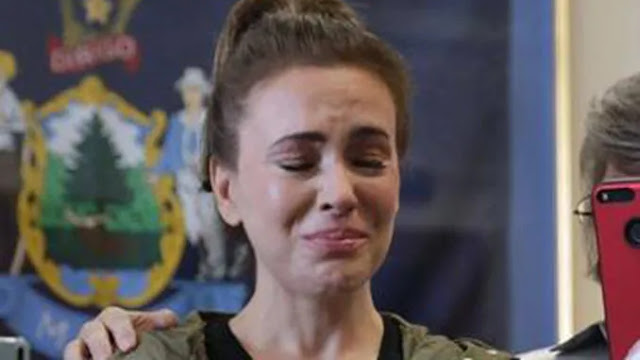 Hollywood actress and Joe Biden supporter Alyssa Milano on Thursday accused President Trump of deliberately trying to get Americans killed following the release of the CDC guidelines to reopening the country.

“The covid-19 “guidelines” that were released by the CDC/Trump administration can only mean one thing—he’s purposely trying to get people killed,” Milano complained in tweet, sharing an article with a draft of the guidelines.

The covid-19 “guidelines” that were released by the CDC/Trump administration can only mean one thing—he’s purposely trying to get people killed.https://t.co/BptJbs8jmF

Earlier Thursday, the CDC published a series of guidelines for organizations, such as offices, schools, and public transit on how to restart their operatiosn. The documents did not include guidance for faith-based facilities like churches and synagogues.

“The CDC drafted the reopening guidance more than a month ago and it was initially shelved by the administration,” The Associated Press reported.

Breitbart.com reports: Milano is the latest celebrity to accused President Trump of lacking concern for the number of deaths caused by the coronavirus pandemic.

Appearing Tuesday on BBC’s Newsnight, Hollywood A-lister Robert De Niro attacked President Trump’s handling of the crisis, calling him a “lunatic” with no regard for how many people die of the illness.

“It’s like Shakespearean the whole thing. You’ve got a lunatic saying things that people are trying to dance around. Whereas, at one point, and they are doing this in the hearings a little more, trying to say tactically that this is what will happen. Fauci is doing that. It’s appalling. He wants to be reelected. He doesn’t even care about how many people die,” said De Niro.

Earlier Thursday, ABC’s The View co-host Joy Behar made such point as she lambasted the president for saying he wants children to make a swift return to school.

“Let’s see, do I listen to an immunologist and scientist, or do I listen to someone who suggests I inject myself with Lysol? Listen, I wonder if he’s sending Baron to school, by the way?” asked Behar. “I mean, that would be an interesting thing to ask. You know, we all know he’s a liar, and he only cares about being re-elected, not how many people will die. So we do not listen to anything he says, subject number one.”

Singer and actress Barbra Streisand echoed De Niro and Behar’s claims, writing on Twitter that President Trump is a “saboteur” of the country’s public health.

“What has happened to the Republican Party? They say nothing while Trump silences the CDC recommendations and contradicts Dr Fauci by saying his science based answer is “not acceptable.” People are dying because of this failure of the GOP to follow medical science,” wrote Streisand. Source