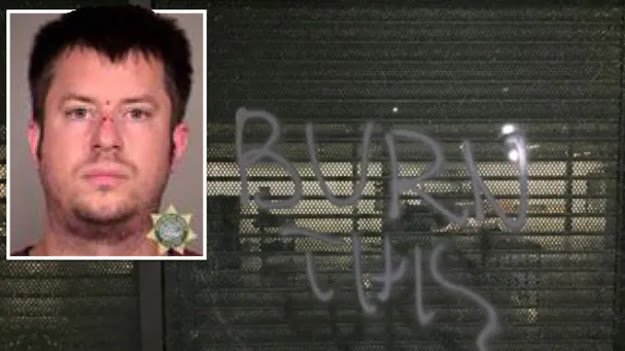 An anti-Trump engineer from Google was arrested during a Portland riot over the weekend, according to a new report.

Zachary Ames Trudo, a software engineer for Google, was arrested and charged with assault, attempting escape, and resisting arrest, according to journalist Andy Ngo.

Trudo lists his profession as a software engineer at Google, according to his LinkedIn profile.

Washingtonexaminer.com reports: For weeks, protesters have attacked businesses and other personal property in Portland following the death of George Floyd. The people have clashed with federal agents deployed by the Justice Department to protect a federal courthouse in Portland targeted by the groups.

The mayor of Portland has said the presence of federal officers in his town is only making things worse, while President Trump has criticized local officials for not doing more to stomp out the protests.

“Americans know the truth: Without police there is chaos, without law there is anarchy, and without safety there is catastrophe,” Trump said during a speech at the White House last week.

Republicans have voiced concerns in recent years that massive technology companies such as Google and Apple are biased against conservatives and their viewpoints.

“I think that Google and Twitter and Facebook, they are really treading on very, very troubled territory and they have to be careful,” Trump warned in 2018. “It is not fair to large portions of the population.”