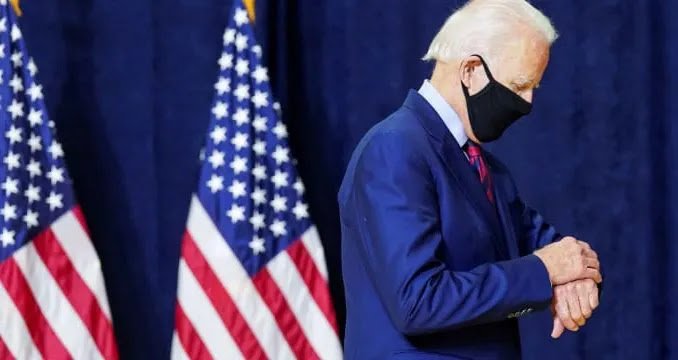 Joe Biden’s ‘coronavirus advisor’ believes that shutting down businesses nationally for 4 to six weeks could help save the US from entering a ‘covid hell’.

On Wednesday, Dr. Michael Osterholm said that the next three to four months will be the darkest period for the pandemic so far.

He claimed that a national lockdown would be the best way to keep hospitalizations and deaths down across the country while they wait for the coronavirus vaccine.

The Mail Online reports: He claims that the country’s economy will not suffer as a result, if enough money is borrowed to pay wages during the shutdowns.

Osterholm, the director of the Center for Infectious Disease Research and Policy at the University of Minnesota, is one of the public health experts that the Biden transition team has appointed to its advisory panel.

Biden says that the advisory board ‘will help shape my approach to managing the surge in reported infections’.

It comes as coronavirus hospitalizations and infections hit single-day highs in the U.S., although deaths are still about half what they were in the peak in April.

On Wednesday, New York Governor Andrew Cuomo already began pulling back opening hours of bars and restaurants, ordering them to close at 10pm daily from this Friday as cases in the state rise.

Osterholm, however, believes that a more stringent national lockdown is needed, with uniform restrictions taken in each of the states if the rise in cases is to be combated.

He told Yahoo News that cases are rising as more people are being forced indoors due to the cold weather, where the virus can spread more easily.

It also comes as people suffer from ‘pandemic fatigue’ and grow tired of wearing masks and social distancing, he suggested.

‘We could pay for a package right now to cover all of the wages, lost wages for individual workers for losses to small companies to medium-sized companies or city, state, county governments. We could do all of that,’ he said, according to CNBC.

‘If we did that, then we could lockdown for four-to-six weeks.’

He also referenced a New York Times op-ed written by him and Minneapolis Federal Reserve President Neel Kashkari in August in which they had argued for a wider national lockdown.

‘The problem with the March-to-May lockdown was that it was not uniformly stringent across the country. For example, Minnesota deemed 78 percent of its workers essential,’ they wrote.

‘To be effective, the lockdown has to be as comprehensive and strict as possible.’

Osterholm suggested Wednesday that such as lockdown would bring the U.S. in line with the likes of New Zealand and Australia where new daily cases have been reduced to under ten cases.

‘We could really watch ourselves cruising into the vaccine availability in the first and second quarter of next year while bringing back the economy long before that,’ he said.

Yet Osterholm suggested that there were worse days ahead for the country if this kind of action isn’t taken.