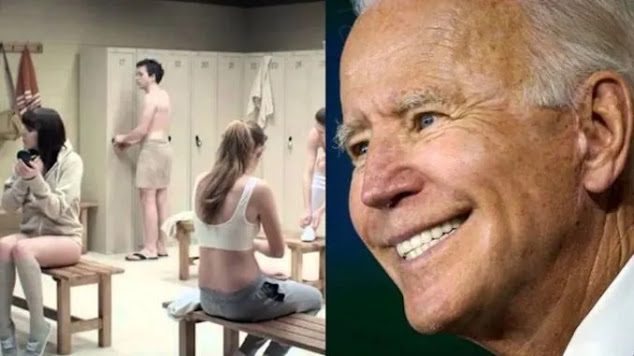 (Paranormal) Joe Biden promises to aggressively push pro-transgender laws for schools, sports, and bathrooms “on his first day in office.”

In a statement posted on his campaign website, Biden promises to “restore transgender students’ access to sports, bathrooms, and locker rooms in accordance with their gender identity.”

On his first day in office, Biden will reinstate the Obama-Biden guidance revoked by the Trump-Pence Administration, which will restore transgender students’ access to sports, bathrooms, and locker rooms in accordance with their gender identity.

He will direct his Department of Education to vigorously enforce and investigate violations of transgender students’ civil rights.

“The idea that an eight-year-old child, a ten-year-old child, decides, you know, ‘I want to be transgender.’ That’s what I think I’d like to be. It’d make my life a lot easier,’” the future president said. “There should be zero discrimination.”

Biden has also promised to sign the Equality Act into law in his first 100 days, a measure that would remove federal  recognition of two sexes.

The Equality Act will codify into federal law transgender bathrooms, the elimination of women-only sports, forcing preferred pronoun use, and other similar special transgender privileges.

House Speaker Nancy Pelosi has already signaled she is in step with the Equality Act becoming law. On January 1, she revealed that the House’s new rules would include the elimination of gendered terms, such as “father, mother, son, and daughter,” – any term that reflects the male and female sexes.

As Breitbart News reported, the new rules would require Congress to “honor all gender identities by changing pronouns and familial relationships in the House rules to be gender neutral.”