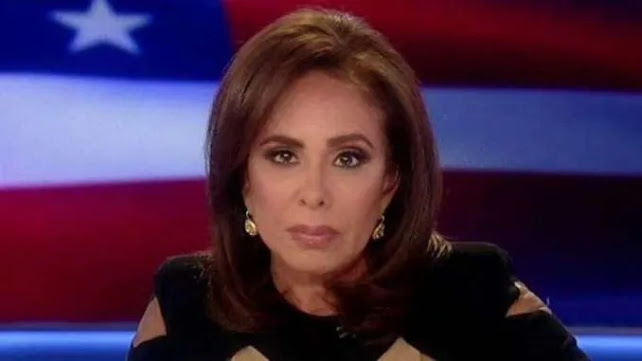 Fox News has come under fire for cancelling Judge Jeanine Pirro’s program on Saturday night after the network learned that she planned to cover issues related to alleged election fraud.

According to Newsmax, insiders at Fox revealed that because Judge Pirro made a very staunch defense of President Trump and wanted to expose the vote fraud that took place in the election, the network decided not to air her show.

Conservativefiringline.com reports: Writing at Breitbart, John Nolte tells us the “fair and balanced” network has been suffering a huge backlash, which got quite a boost with the atrocious performance Chris Wallace put in as a “moderator” in the first debate between Trump and Joe Biden.

The backlash had been brewing for a while but really took off after Chris Wallace’s dreadful and dreadfully biased and dishonest role as moderator in the first presidential debate between President Trump and Joe Biden.

The backlash then went nuclear after Fox News maliciously and erroneously called Arizona for Joe Biden on Tuesday night — a state that is still too close to call.

Fox News has stunk for years, but over the past few months it’s gone beyond stinking to out-and-out betrayal of its loyal viewers, especially with its presidential polls that are not simply incorrect, they are bald-faced lies.

“If the ratio on the below tweet from Fox’s Special Report anchor Bret Baier is any indication, the backlash is nearing Defcon 1,” he added.

Nolte said his search of the replies was about “100-to-1 negative.”  Here’s some of the responses he saw:

You have lost this loyal viewer! Trying to influence an outcome that is clearly not legitimate!

How about no! Done with Fox!!

I’d rather get another vasectomy without anesthesia sir

Done with fox! You sold out on us! Good luck!

Sorry Bret. Fox has jumped the shark. We won’t forget.

Yikes the ratio on this. May want to pass that along to Murdoch’s.

Here’s just a few of the responses we saw:

Overall, we have to agree with Nolte’s assessment.

Juanita Broaddrick probably speaks for quite a few people when she tweeted:

“The problem, of course, is that in the form of OAN and Newsmax, Fox has legitimate competition now, and that’s just their broadcast competition. Online, Fox has all kinds of competition, including Breitbart News,” Nolte said.  Of course, there’s a ton of independent sites like this one as well.

As a result of all this, we learn:

Will Fox wake up and smell the coffee?  Somehow, we doubt it…

Pirro, the Gateway Pundit tells us, launched her own presence on Cameo.com: