Candace Owens Exposes George Floyd’s Criminal Past, Says He Is NOT a Role Model or Martyr 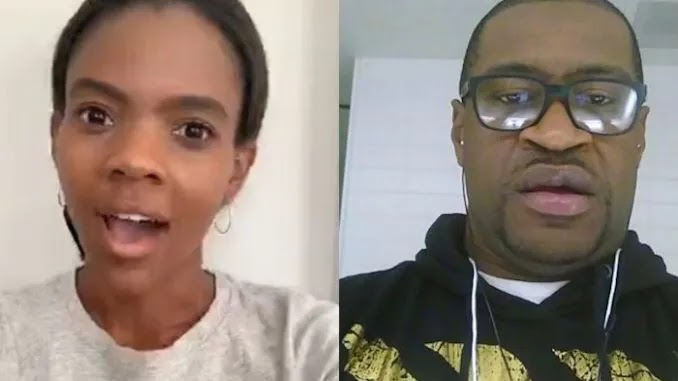 Candace Owens has slammed the mainstream media for depicting George Floyd as a martyr and role model for black America, stating that he “was an example of a violent criminal his entire life, up until the very last moment” and he was “not an amazing person.“

“I do not support George Floyd and the media depiction of him as a martyr for black America,” Candace Owens said on Facebook Live on Wednesday.

Referring to the writings of African-American writer and filmmaker Shelby Steele, Owens said black Americans must stop championing and demanding justice for criminals.

“We are unique in that we are the only people that fight and scream and demand support and justice from the people in our community that are up to no good,” Owens said. 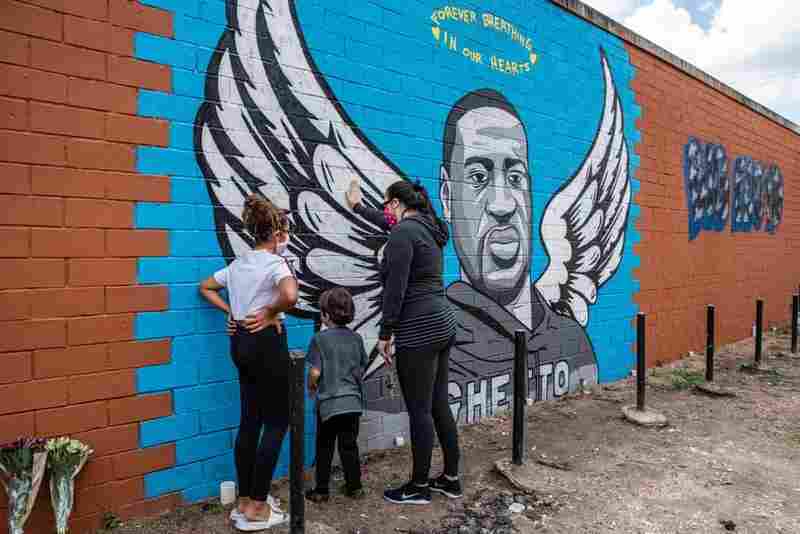 Murals depicting Floyd George as an angel are popping up all over the US and the world. This one is is Houston, Texas

“You would be hard-pressed to find, you know, a Jewish person that’s been five stints in prison that commits a crime and dies while committing a crime and that the Jewish people champion and demand justice for,” she said, adding the same holds true for whites and Hispanics.

WesternJournal report: Owens said she was not defending the Minneapolis police officer who knelt on Floyd’s neck for more than 8 minutes.

“I want to be very clear, what I am saying is not any defense for Derek Chauvin; I hope Derek Chauvin gets the justice that he deserves to be implemented upon him and that the family of George Floyd deserves justice for the way that he died,” she said.

However, she added, “I am not going to accept the narrative that this is the best the black community has to offer.”

Noting that in recent years it has become “fashionable over the last five or six years for us to turn criminals into heroes overnight. It is something I find despicable.” 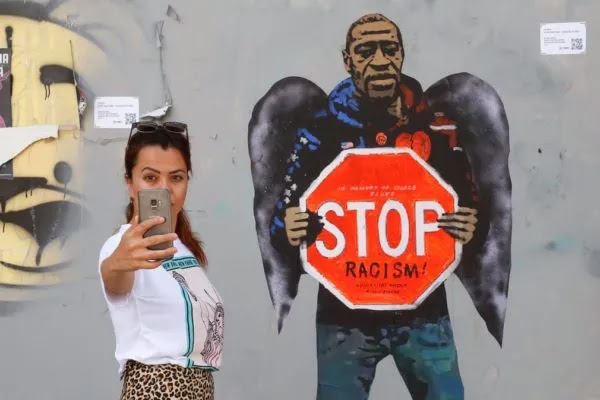 A woman poses for a selfie in front of a George Floyd street artwork depicting him as an angel.

Owens noted Floyd’s prison record, and said that “I am not going to play a part of the broken black culture that always wants to martyr criminals, to pretend that they were upstanding human beings that just wanted to help society.”

“He has a rap sheet that was long and was dangerous,” she said. “He was an example of a violent criminal his entire life, OK, up until the very last moment.”

The Daily Mail noted that Floyd had been sentenced to five years in prison in 2009 after being convicted on a charge of aggravated assault that came from a robbery in which a woman had a gun pointed at her while the house was robbed.

The Daily Mail also showed a court document that said Floyd had served five stints in jail, beginning in the 1990s.

Owens said no one who has the kind of criminal record Floyd had should be held up as a model citizen, but black Americans are doing just that.

“We are embarrassing in that regard. This is why we have a cycle and a toxic culture because nobody wants to tell the truth and black America. It is so easy to be effective it is so easy to ask white people to bow down and apologize and do all these things for us. It is crap,” she said.

Owens said Floyd’s death has been packaged to fit a false narrative.

“Racially motivated police brutality is a myth,” she said.

You can watch her entire commentary here: