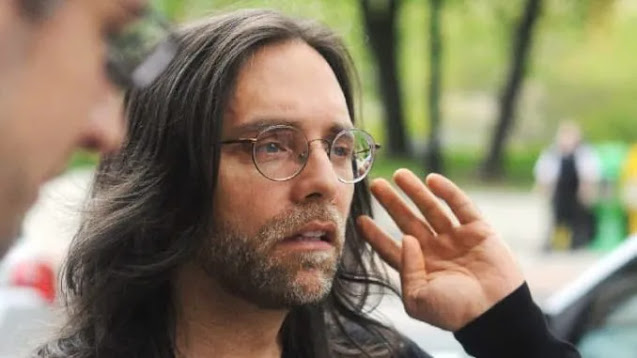 Keith Raniere, the founder of the elite child sex cult NXIVM, was sentenced to 120 years in prison after a trial exposed how the organization was grooming sex slaves for their leader.

The cult had a large number of elite followers, including people from Hollywood.

Seagram’s heiress Clare Bronfman was sentenced to seven years in prison last week for her role in the organization, and ‘Smallville’ actress Allison Mack is still awaiting sentencing after pleading guilty to racketeering charges. She was one of the ringleaders who helped recruit sex slaves into the cult.

Rt.com reports: According to prosecutors, Raniere would offer private self-improvement courses where followers would pledge loyalty in bizarre ways, including women who were reportedly branded with his initials. Followers would also give up compromising personal information that would then be used against them as blackmail to earn forced labor or sexual favors for Reniere. The group mainly operated in Albany, New York.

Several victims told their experiences before Tuesday’s sentencing, and Reniere maintained he was innocent and said they were “lying.”

“They’re lying for a reason, and that reason stems from me,” he said.

His first victim, identified as Camila, said the cult leader took her virginity at 15. Another accused him of starving and raping her. He’s also been accused of confining a woman for nearly two years against her will, and forcing others to get abortions.

In a Friday interview with ‘Dateline’ from prison, Raniere claimed he was “innocent” of the charges against him, but admitted to causing “hurt” to others.

“This is a horrible tragedy with many, many people being hurt,” he said. “There is a horrible injustice here. And whether you think I’m the devil or not, the justice process has to be examined.”

NXIVM founder Keith Raniere speaks out ahead of his sentencing in an interview with journalist Frank Parlato and @DatelineNBC.

Raniere was found guilty of multiple charges related to the group, which prosecutors call “cult-like.”

“Even if it is by oppression, I am absolutely sorry and pained. This is a horrible situation,” he added.

Brooklyn federal Judge Nicholas Garaufis also ordered Reniere to pay a $1.72 million fine and said he has not shown any remorse for his crimes.