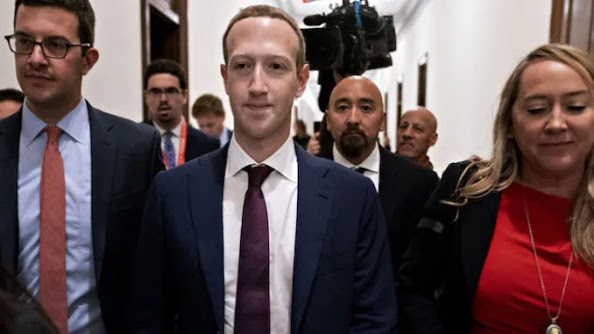 A Facebook executive had admitted that the social media giant is deliberately censoring the bombshell New York Post story about Hunter and Joe Biden.

The New York Post reported Wednesday that a laptop computer abandoned at a Delaware repair shop contains emails between Hunter Biden and a Burisma adviser that prove Hunter Biden arranged a meeting between his father and the adviser in Washington, D.C. in 2015.

As soon as the story began going viral, Facebook Comms director and Democrat operative Andy Stone declared that the tech giant will be deliberately reducing its distribution of the Biden report in order to stop the general public from being able to read it.

Thegatewaypundit.com reports: So before the lefty fact-checkers get to work, Facebook will proactively block and censor the bombshell story to protect Joe Biden.

While I will intentionally not link to the New York Post, I want be clear that this story is eligible to be fact checked by Facebook's third-party fact checking partners. In the meantime, we are reducing its distribution on our platform.

Holy bleeping bleep. Facebook explicitly admitting it is protecting Biden — and interfering in the presidential election — by censoring media outlets and limiting discussion of today's breaking news about Biden's engagement with Burisma. https://t.co/nF07qqyc5J

So @Facebook is going to actively censor a @nypost investigative story on the Democrat candidate for president. But rest assured, Facebook is a neutral platform with no political viewpoints! https://t.co/xKnTRIWUip

.@Facebook I want to know on what grounds you are actively censoring a news report about potentially illegal corruption by the Democrat candidate for president. If you have evidence this is “disinformation,” disclose it immediately. Expect a formal inquiry from my office