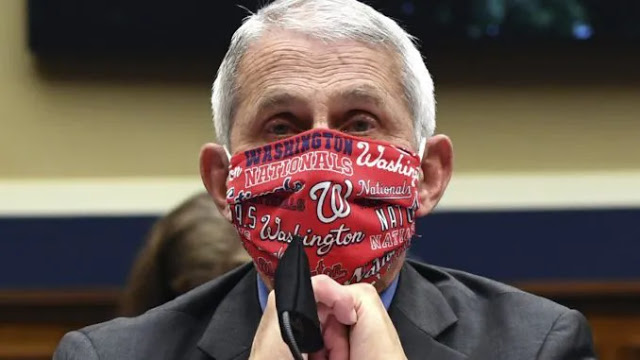 Dr Anthony Fauci thinks that recent efforts by the Trump administration to discredit him are “bizarre” and “nonsense”.

He said that he “cannot figure out in my wildest dreams why they would want to do that.”

“Ultimately, it hurts the president to do that,” the US infectious disease expert said in an interview with The Atlantic. “It doesn’t do anything but reflect poorly on them.”

Fauci has acknowledged that the advice and analysis he has provided has ‘shifted’ over time, but insists his recommendations have always been based on the latest science.

But on Wednesday Mr Trump insisted he had a “good relationship” with him.

“We’re all in the same team including Dr Fauci,” he said. “We want to get rid of this mess that China sent us, so everybody’s working on the same line and we’re doing very well.”

The White House statement attacking Dr Fauci criticised him for what it said was conflicting advice on face coverings and remarks on Covid-19’s severity.

Responding to the criticism, Dr Fauci told The Atlantic that targeting him was “completely wrong”.

“I cannot figure out in my wildest dreams why they would want to do that,” he said.

“I think they realise now that that was not a prudent thing to do, because it’s only reflecting negatively on them,” he added.