Trump: Biden Can Move Into White House But Only If He ‘Proves’ His Votes Weren’t ‘Fraudulently Obtained’ 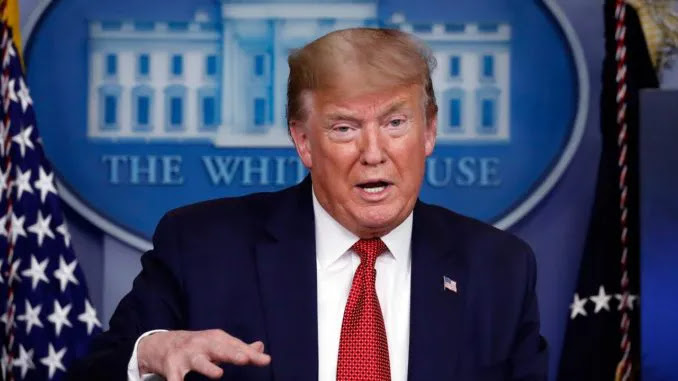 President Trump has warned Joe Biden that he can only enter the White House as president by “proving” his election votes “were not fraudulently obtained”.

In a Tweet on Friday, Trump said: “Biden can only enter the White House as President if he can prove that his ridiculous “80,000,000 votes” were not fraudulently or illegally obtained”

The president added that Biden has a “big unsolvable problem,” citing allegations of “massive voter fraud” in cities like Detroit, Atlanta, Philadelphia and Milwaukee.

Biden can only enter the White House as President if he can prove that his ridiculous “80,000,000 votes” were not fraudulently or illegally obtained. When you see what happened in Detroit, Atlanta, Philadelphia & Milwaukee, massive voter fraud, he’s got a big unsolvable problem!

Fox News reports: His campaign has launched a number of legal challenges related to how votes were counted. But those challenges were dealt blows this week when multiple states certified their results.

He had asserted on Wednesday again that the election was stolen and said that “we can’t let that happen.”

“This election was rigged and we can’t let that happen. We can’t let it happen for our country,” Trump said via speakerphone to the Pennsylvania Senate Majority Policy Committee, “And this election has to be turned around because we won Pennsylvania by a lot and we won all these swing states by a lot.”

However, he said he would leave office if the Electoral College vote in December went to Biden

But regarding the series of legal challenges in multiple states, Trump said: “A lot of things [are] happening between now and Jan. 20.”