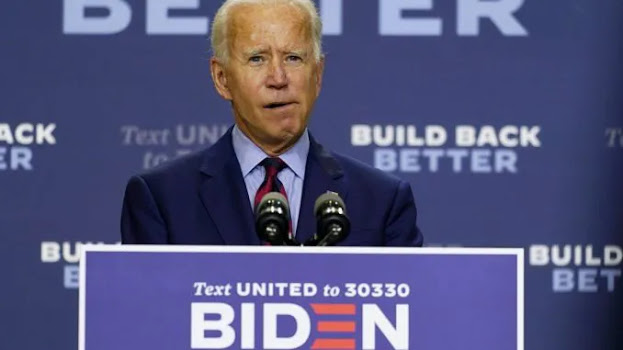 Ignoring the imminent recounts and upcoming lawsuits from the Trump campaign, Joe Biden is pushing ahead with his transition plans.

Biden has been laying plans to name a group of advisers on the coronavirus pandemic and other policy areas, while President Trump hasn’t conceded the race.

The first tweet from the account on Sunday morning read: “We stand together as one America. We will rise stronger than we were before”

RT reports: One day earlier, Biden claimed victory over Donald Trump, after Associated Press called the race in Pennsylvania, and the entire election, in his favor.

We stand together as one America. We will rise stronger than we were before.https://t.co/97NKAZksSL pic.twitter.com/PRvzygWxRI

Biden has already pressed ahead with plans to remake the presidency in his image. The Wall Street Journal reported on Sunday that the former vice president has assigned policy officials to every major government agency, and Biden himself plans on announcing his own coronavirus task force on Monday.

The makeup of Biden’s cabinet remains the stuff of speculation, but will likely need to be a mix of moderates and progressives to please the fractured Democratic Party, while avoiding the kind of firebrand leftists that the Senate, which will likely remain in Republican hands, would balk at.

President Donald Trump, however, has not conceded to Biden. Instead, he has promised to unleash a slew of lawsuits, challenging Biden’s razor-thin win in a number of swing states. Trump and his supporters allege that Biden eked out this win by fraud, and the president has said that he will take his case to the Supreme Court if necessary. Furthermore, a recount will be held in at least Georgia, where Biden leads Trump by only 0.2 percent of the vote.

The final result of the election is decided when the Electoral College convenes in December, and is certified by Congress in January. Finally, if his legal efforts fail, President Trump leaves office later that month.