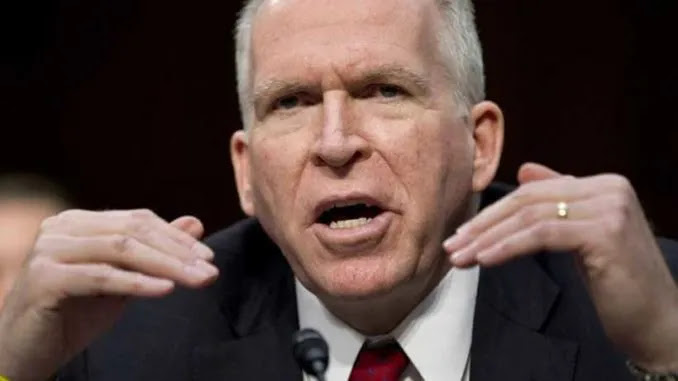 Former Obama CIA Director John Brennan is hoping there’s going to be no further activity that would make it more difficult for Biden to try to repair the damage that has been done in the Middle East over the last four years under President Trump.

PJ Media reports: Among other things, Andrea Mitchell lamented that the Trump administration’s new sanctions on Iran would make it difficult for Biden to resume the Iran Nuclear Deal and that the situation “also makes it a lot harder for him to do anything in the Middle East with Israel.”

Brennan then mentioned reports that Trump is considering military actions against Iranian targets, which he called “disturbing,” because, he thinks, Joe Biden will be taking office on January 21, 2021, and will have to “pick up the pieces.” Brennan then trashed Secretary of State Mike Pompeo for doing Trump’s “bidding.”

“So I’m hoping there’s going to be no activity that really is going to make it more difficult for us to try to repair the damage that has been done over the last four years in terms of Donald Trump’s actions on Middle East policies. It really needs to be addressed very carefully.”

What is this damage that Brennan refers to? Is it the defeat of ISIS, which came to be under the Obama-Biden administration? Is it the moving of the U.S. Embassy to Jerusalem? Is it the multiple peace deals between Israel and several nations that many believed to be impossible?

But, you know, Biden needs to “repair the damage” done by Trump? The United States is no longer giving Iran billions of dollars to fund their nuclear efforts, ISIS is defeated, and there’s an epidemic of peace growing in the region.