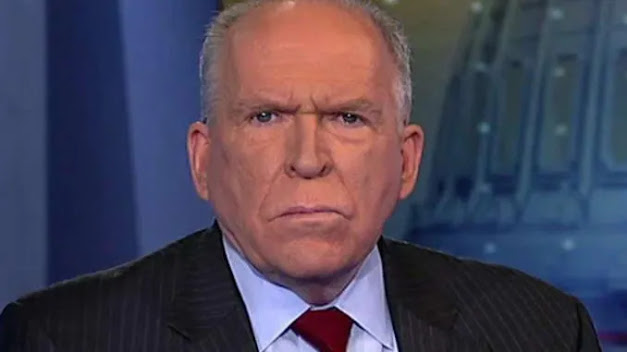 Deep State operative John Brennan has called for President Trump to be immediately stripped of his presidency, warning he is capable of “lashing out” and releasing information that could endanger America.

Speaking on CNN, the former Obama CIA chief essentially called for a coup, warning that Trump might declassify and release all of the damning information on Russiagate, the 2016 election, and the deep state’s efforts to delegitimize his presidency.

“I’m very concerned what he might do in his remaining 70 days in office,” Brennan admitted to host Chris Cuomo.

“If Vice President Pence and the cabinet had an ounce of fortitude and spine and patriotism, I think they would seriously consider invoking the 25th Amendment and pushing Donald Trump out because he is just very unpredictable now,” Brennan warned.

Summit.news reports: Brennan also intimated that a purge of officials at the Pentagon, is part of some diabolical plot by Trump.

“If (Secretary of Defense) Mark Esper has been pushed aside because he is not listening to Donald Trump, carrying out these orders, who knows what his successor, this acting secretary Chris Miller’s going to do if Donald Trump does give some type of order that really is counter to what I think our national security interests need to be,” Brennan said.

Following the alleged voter fraud in key swing states, those close to Trump suggested that he could go ‘nuclear’ and declassify sensitive material to ensure ‘bad actors’ are held accountable:

Brennan’s beef with Trump is more than merely political posturing however, given that the President personally revoked Brennan’s security clearance after the Obama CIA head repeatedly suggested Trump was guilty of ‘collusion’ with Russia.

Brennan is a deep state operative that has sought to delegitimise Trump’s Presidency at every opportunity.