Fauci Says ‘Science Is Truth’ But Americans Don’t Beleive It 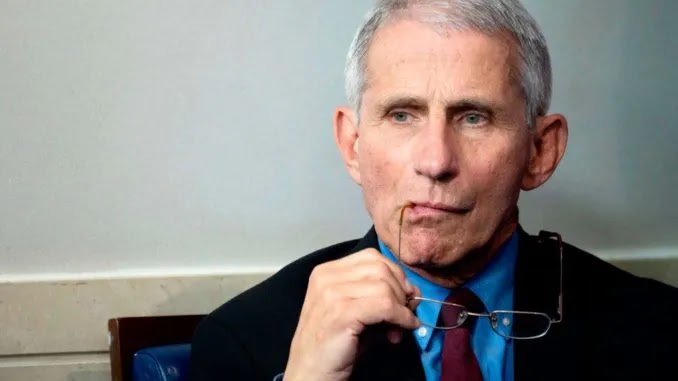 Dr. Anthony Fauci, director of the National Institute of Allergy and Infectious Diseases has claimed that Americans have an “anti-science bias” problem.

He said he beleives that may be why many Americans are disregarding the advice of public health experts amid the Coronavirus pandemic.

Fauci made the remarks during a Wednesday interview on the Department of Health and Human Services (HHS) Learning Curve podcast. He said that the “anti-science bias” in the country can be problematic.

“One of the problems we face in the United States is that unfortunately, there is a combination of an anti-science bias that people are, for reasons that sometimes are, you know, inconceivable and not understandable…they just don’t believe science and they don’t believe authority”

“So when they see someone up in the White House, which has an air of authority to it, who’s talking about science, that there are some people who just don’t believe that…and that’s unfortunate because, you know, science is truth“

“It’s amazing sometimes the denial there is, it’s the same thing that gets people who are anti-vaxxers, who don’t want people to get vaccinated, even though the data clearly indicate the safety of vaccines,” he added. “That’s really a problem.“

Brietbart reports: reports: Fauci’s comments come after the infectious disease expert admitted that the federal government held off promoting the use of face coverings to fight the spread of the coronavirus due to widespread shortages of masks.

Fauci said health experts were “concerned the public health community, and many people were saying this, were concerned that it was at a time when personal protective equipment, including the N95 masks and the surgical masks, were in very short supply.”

“We wanted to make sure that the people, namely the health care workers, who were brave enough to put themselves in a harm way, to take care of people who you know were infected with the coronavirus and the danger of them getting infected,” he added.