Fox News: Trump-Hating Wife of Network’s Heir Wrote ‘We Did It!’ After Media Declared Biden Winner 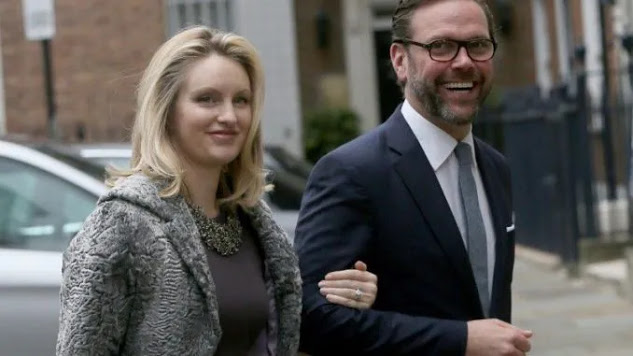 If you think that Fox News has taken a turn to the ideological left, you are not alone. In the aftermath of Fox’s Decision Desk to call Arizona for Democrat presidential candidate Joe Biden with only one percent of the vote counted, Fox walked the fine line of attempting to influence the election. Now we know, at least partly, why this may be the case.

Kathryn Murdoch, the wife of heir to the Fox News empire, James Murdoch, is a hard-left Progressive activist and she holds obvious influence over her husband.

Just before the election, as she was advocating for the Biden campaign on social media, she tweeted, “What will you tell your children or your future self about the part you played in history?” alluding to the leftist notion of being on the wrong side of history if you are a conservative.

What will you tell your children or your future self about the part you played in history?

NationalFile report: Kathryn eliminated all doubt that she felt herself personally invested in a Trump defeat Saturday when she tweeted, “We did it!!!!”

Questions remain as to the validity of her husband James’ resignation from the board of Fox News’ parent News Corp in July, citing disagreements with the news outlet’s editorial content. Many close to the situation believe that Kathryn’s influence over him moved James to resign.

In subsequent tweets Saturday, Kathryn Murdoch referenced “Trump’s authoritarian antics” and “Surviving the gravest threat to our system of government since the Civil War,” the ideological beliefs shared by those who support Antifa and Black Lives Matter, as well as the Marxist-Progressives of “The Squad,” led by US Rep. Alexandria Ocasio-Cortez (D-NY).

Kathryn, 47, also full-throatily supported the notion floated by former journalist and now anchorman for CNN, Jake Tapper, that there is no evidence of widespread voter fraud.

On Friday, Tapper said, “The Murdochs and the people at FOX have an obligation to put their country above their profits. It is very important that people make it very clear – that there is no credible evidence of widespread fraud.”

I agree with this. https://t.co/VgmYiJ0hPU

Evidence of alleged voter fraud has been gathered by President Trump’s legal team and lawsuits have been files in Arizona, Pennsylvania, and Michigan with more to be filed on November 9, 10, and 11.