GOP Canvassers Rescind Their Votes to Certify Wayne County Results: “We Were Bullied” 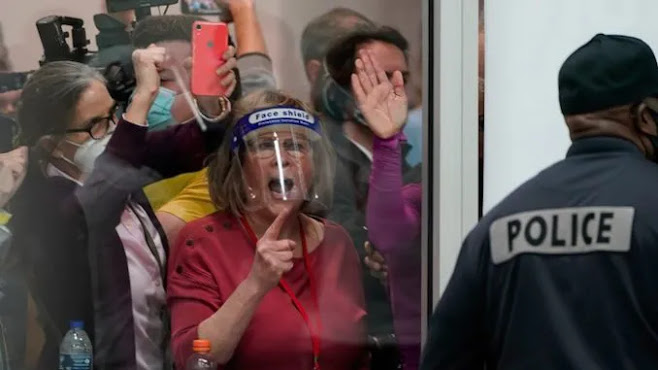 Two Republican members of the Wayne County Board of Canvassers in Michigan rescinded their votes to certify the election results, revealing they were viciously bullied into changing their original votes, and state authorities had refused to conduct an audit.

The board had been deadlocked 2-2 on Tuesday along partisan lines and failed to certify the results because of discrepancies between ballots and voter rolls.

But after bullying and threats, and with the video stream down, the two Republicans agreed to change their votes, saying that they’re promised state authorities would audit the results.

In an extraordinary turnabout that foreshadows possible legal action, the two GOP members of Wayne County’s election board signed affidavits Wednesday night alleging they were bullied and misled into approving election results in Michigan’s largest metropolis and do not believe the votes should be certified until serious irregularities in Detroit votes are resolved.

The statements by Wayne County Board of Canvassers Chairwoman Monica Palmer and fellow GOP member William C. Hartmann rescinding their votes from a day earlier threw into question anew whether Michigan’s presidential vote currently favoring Democrat Joe Biden will be certified. They also signaled a possible legal confrontation ahead.

Their pronouncements come just 24 hours after a chaotic meeting in which the county’s election board initially failed to certify the Nov. 3 election results during a 2-2 deadlocked vote when both Palmer and Hartmann voted against certification. But after hours of contentious public comment and criticism — including Democratic allegations of racism and threats against their safety — the two GOP members struck a deal to certify the elections in return for a promise of a thorough audit.

Breitbart.com reports: Palmer and Hartmann have each submitted affidavits. Palmer, the board’s chair, said in her affidavit that “more than 70% of Detroit’s 134 Absent Voter Counting Boards (AVCB) did not balance.” She then voted not to certify the results.

She added: “After the vote, public comment period began and dozens of people made personal remarks against me and Mr. Hartmann. The comments made accusations of racism and threatened me and my family.” She said that she was advised that she could not oppose the certification and that voting to certify “would result in a full, independent audit of Detroit’s unbalanced precincts.” She later learned that Secretary of State Jocelyn Benson did not view the agreement as binding on her. Consequently, Palmer said, she was rescinding her vote.

It is not clear whether the decision to rescind votes after the fact has any legal value; litigation is likely to follow.