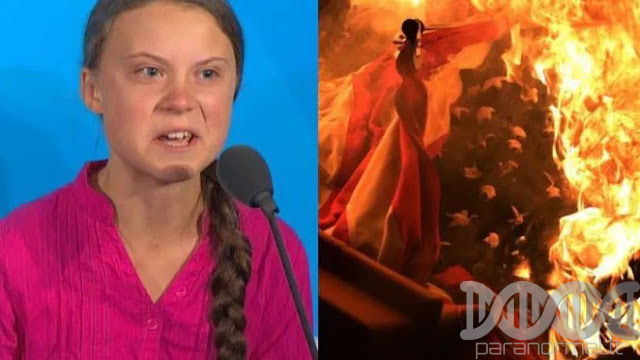 Teenage climate activist Greta Thunberg has been watching the violent riots that have exploded across the United States the past week and has declared that “global structural change” is needed in response.

Late Sunday night she took to Twitter to express her devestation and issue a call to usher in “global structural change”:

Devastating to see the development taking place in the USA.
Centuries of structural and systematic racism and social injustice won’t go away by itself.
We need a global structural change.
The injustices must come to an end. #BlackLivesMatter pic.twitter.com/V5NWJFm0Qh

The call to action by the 17-year-old came just days before she restarted her global campaign against all manner of “climate sins” by lashing the Danish capital Copenhagen for channeling waste water overflow into the sea.

Breitbart reported: Thunberg expressed anger that these actions are coming from “the same Copenhagen who claim they’ll be climate neutral by 2025,” doubtless a disappointment to her and her supporters who see global climate action as a necessity for the very survival of the planet.

Thunberg’s return to castigating the world for climate errors both real and perceived comes after an admission in March it’s “extremely likely” she contracted the Chinese coronavirus but subsequently “basically recovered” from it.

The 17-year-old said she and father exhibited coronavirus-like symptoms at the time and chose to self-quarantine for two weeks following a trip through western Europe.

Now she has added the U.S. to her expanding list of global concerns.