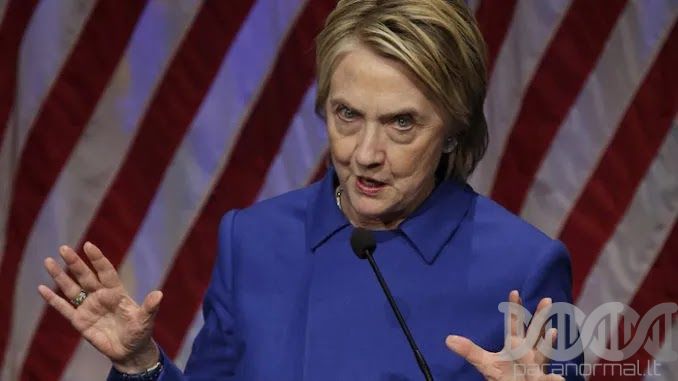 In a blistering attack against the Michigan protestors, Clinton tweeted out a link to a Newsweek article about the protestors and said that they “cannot be tolerated.”

“Armed men storming a legislature to disrupt its democratic proceedings is domestic terrorism. It cannot be tolerated,” Clinton tweeted.

Armed men storming a legislature to disrupt its democratic proceedings is domestic terrorism. It cannot be tolerated.https://t.co/NcCFgA5COE

The article Clinton linked to was about how Michigan closed their capitol building and cancelled a legislative session after Democratic Governor Gretchen Whitmer claimed to receive death threats online.

Thegatewaypundit.com reports: The threats were allegedly made in a Facebook group for a “Judgement Day” protest at the capitol in protest of the governor’s strict stay-at-home orders. Posts in the group reportedly referred to her as a “Nazi,” “Spawn of the Devil,” “Soros puppet,” and “baby killer tyrant.”

Obviously, the online threats could have came from anyone, but they heavily implied it was connected to the protesters.

Approximately 200 people attended the protest on Thursday, even though it was raining.

President Donald Trump has previously voiced indirect support for the Michigan protests, tweeting in April “LIBERATE MICHIGAN.” There was a protest at the capitol the following day.