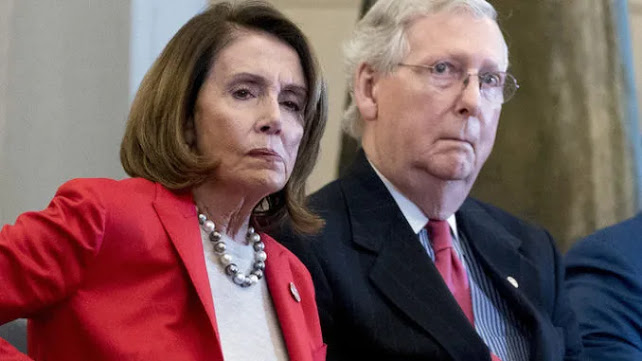 House Democrats are so furious about their election failures they are predicting a dire outcome during the 2022 midterms.

Virginia Rep. Abigail Spanberger reportedly told a conference call following the results, “if we run this race again we will get fucking torn apart again in 2022.”

Democrats failed to expand their majority in the House and ended up losing seats that they arrogantly thought they’d win.

With the final results still up in the air, some are even speculating that Democrats could lose the House in a last minute swing.

The House is in-play.

To reach a majority, GOP needs to stay with those leads and win 3 more.

Summit.news reports: Speaker of the House Nancy Pelosi was reportedly on the receiving end of a barrage of recriminations from House Democrats.

“We lost races we shouldn’t have lost. Defund police almost cost me my race because of an attack ad. Don’t say socialism ever again,” Virginia Rep. Abigail Spanberger reportedly said.

Spanberger on the Dem caucus call: We lost races we shouldn’t have lost.
Defund police almost cost me my race bc of an attack ad.
Don’t say socialism ever again.
Need to get back to basics.
(Is yelling.)

She warned that if the party didn’t “get back to basics,” it would be “fucking torn apart again in 2022.”

“Democratic Congressional Campaign Committee (DCCC) chairwoman Rep. Cheri Bustos reportedly slammed polls and turnout models as the reason Democrats did not do as well as expected,” reports the Daily Caller.

Nancy Pelsoi apparently disagreed and claimed that the Democrats now had a “mandate.”

Given the poor performance of Dems in both the House and Senate, Trump supporters have questioned why Joe Biden appears to have done significantly better in comparison.

As we highlighted earlier, in swing states like Georgia, Biden received nearly 96,000 extra votes than the Democratic Senator on the same ticket.