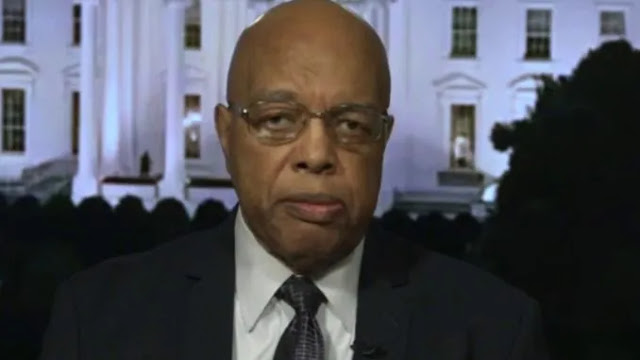 Civil rights hero Clarence Henderson took the stage on the third night of the RNC on Wednesday to endorse President Trump and warn voters “If you do vote for Biden, you don’t know history.”

Henderson made his comments in response to Democratic presidential candidate Joe Biden who said this year that voters “aint black” if they don’t know whether to vote for him or President Trump.

In his endorsment of the president, Henderson said: “Donald Trump is not a politician. He is a leader. Politicians are dime a dozen, leaders are priceless”

Breitbart reports: Henderson went on to describe a little bit about his background as a participant in the civil rights movement as an activist.

“Walking into the Woolworth Department Store on February 2, 1960, I knew it was unlike any day I’d experienced before,” Henderson said. “My friends had been denied service the day before because of the color of their skin. We knew it wasn’t right. But when we went back the next day, I didn’t know whether I was going to come out in a vertical or prone position … in handcuffs going or on a stretcher — or even in a body bag.”

Henderson added that was what “actual peaceful protest can accomplish.”

The civil rights activist and military veteran, who never had a birth certificate and was the first in his family to graduate from a historically-black college (HBCU), stressed that the Republican Party — and President Donald Trump — had done more for Americans than the Democrat Party.

Henderson went on to state that Trump gave a record amount of funding to HBCUs (Breitbart News reported that HBCU funding increased by 17 percent since 2017), created a record amount of jobs for the black community, and passed criminal justice reform through the First Step Act where 91 percent of the inmates released were black.

“These achievements demonstrate that Donald Trump truly cares about black lives. His policies show his heart. He has done more for black Americans in four years than Joe Biden has done in 50!” Henderson said.