In New Zealand, the temperature dropped to minus 20 and snow fell 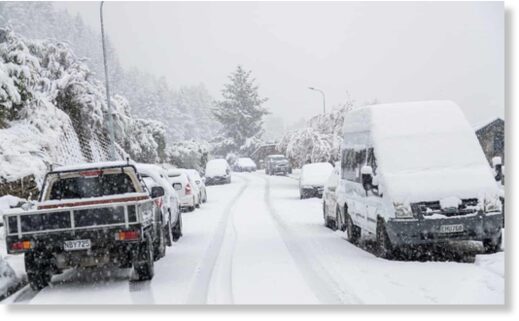 The country’s underground described the storm as “the worst of the season” and said it was the result of a low pressure system moving up the country from Antarctica. The service said the system was “very unusual in terms of the extent of the severe weather” and was a significant weather event.

The National Institute of Water and Atmospheric Research said some parts of the South Island could be as cold as -20 degrees Celsius on Monday and Tuesday.