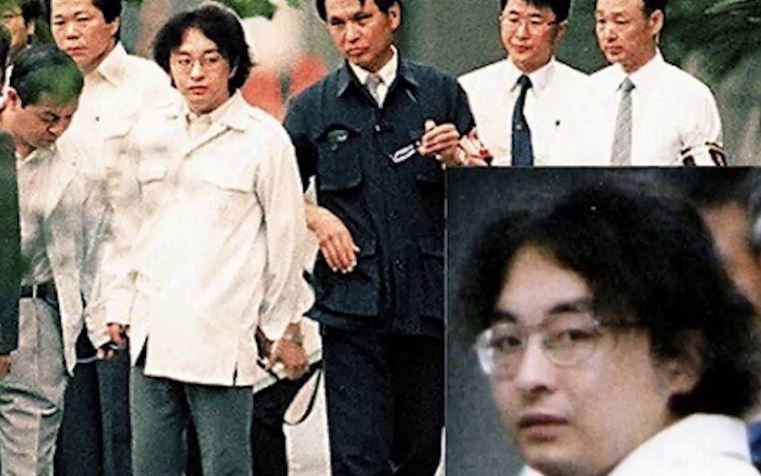 From the fall of 1988 until June of 1989, peaceful Saitama Prefecture in Japan was rocked to its core by four horrific murders. All of the victims were young girls, none were older than seven, all died gruesome deaths, and all were killed by an unassuming young man named Miyazaki Tsutomu.

Miyazaki was born to a prosperous family, where, by all reports, he felt constantly alienated. A consistent underachiever, he attacked both his mother and his elder sister at various times, and after the death of his grandfather, the only person he felt understood him, he became even more troubled.

According to family testimony, he ate part of his grandfather’s ashes, trying to retain something of his beloved relative inside himself. As time went on, however, Miyazaki’s urges, fueled by child pornography and isolation, boiled to the surface.

During his trial, Miyazaki stated that an alter ego named “Rat Man” caused him to stalk young girls and kill them. He talked about this figure, even drew it, but whatever drove Miyazaki to commit his terrible crimes still defies explanation today. 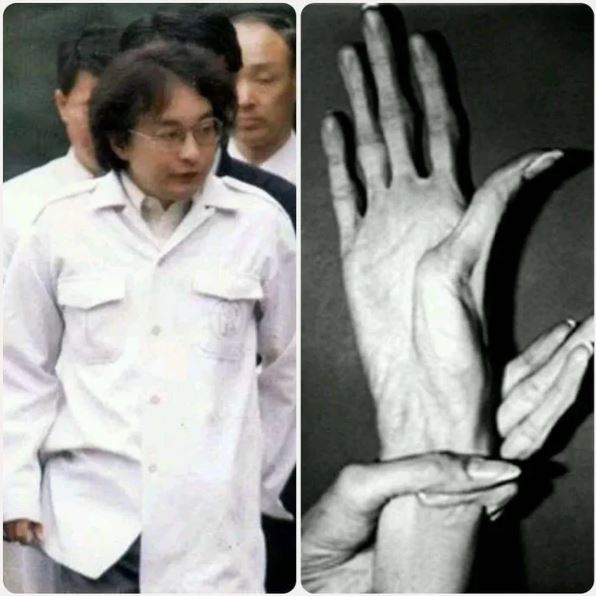 The hands of Tsutomu Miyazaki, also known as the Otaku Murderer. The real life Nosferatu.

His first victim was four-year-old Konno Mari, who he lured into his car. After killing her, he sexually violated her body, and, after allowing it to decompose for a short time, he burned her bones in his furnace. He kept back her hands and her feet, but he sent the rest of her remains to her family with a chilling postcard that read “Mari. Cremated. Bones. Investigate.”

The second victim was seven-year-old Yoshizawa Masami, who was killed in the same place and in the same way. Miyazaki took her clothes with him as a trophy.

Namba Erika was his third victim, who was four years old and forced into Miyazaki’s car. He took pictures of her while she was alive before killing her and dumping her body, though he again took her clothes with him. Erika’s family received a postcard pasted with words cut out of news publications, and they read “Erika. Cold. Cough. Throat. Death.”

Miyazaki’s fourth and final victim was five-year-old Nomoto Ayako. This time, after killing the little girl, Miyazaki took her body home with him, using it sexually, filming it, and taking pictures of it. Eventually, Miyazaki dismembered Ayako’s body.

The body was dumped in a cemetary, and the head some miles distant. He kept the hands, eating part of them. A few weeks later, fearing discovery, he brought both head and body back to his home, where he stowed them in his closet.

Miyazaki was caught when his attempts to capture another little girl was interrupted by the girl’s father. He fled, but when he returned to fetch his car, he was arrested.

A search of his bungalow lead to the discovery of human remains, films, photography and clothing belonging to the victims. It was also discovered that Miyazaki had a large collection of animated movies, child pornography and slasher films, which led to the press dubbing him the Otaku Killer. In Japan, the term otaku refers to a person so obsessed with animated films and comic books that he becomes divorced from reality and society.

Throughout his capture, trial and eventual execution by hanging, Miyazaki remained calm and indifferent. Even after his sentencing, he wrote to a correspondent about the murders and stated, “There’s nothing much to say about them. I’m happy to think I did a good deed.”

After his father committed suicide over his son’s deed, Miyazaki stated that he ‘felt refreshed.’

After twenty years of legal wrangling, Miyazaki was finally executed by hanging. Shortly before his death in 2008, court-appointed psychologist Hasegawa Hirokazu reported Miyazaki’s final words to him: “Please tell the world that I’m a gentle man.”