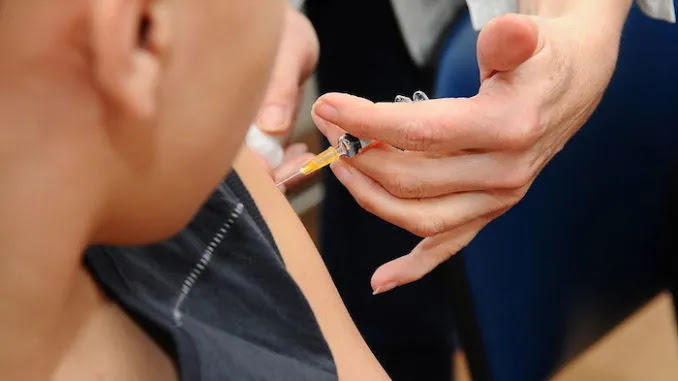 While detained at a juvenile hall in Los Angeles, a 16-year-old boy was given 13 doses of estrogen without his or his parents permission, as part of an “experimental” treatment to modify his behavior, according to a lawsuit.

The teenage boy, who has not been identified due to his age, was diagnosed with oppositional defiant disorder (ODD) two days after he was arrested and held at Eastlake Juvenile Hall in June of last year.

Estrogen is not currently an established treatment for the boy’s diagnosis.

Yahoo report: The doctors’ ODD diagnosis was “correlated with elevated levels of testosterone and delinquency in male youths,” according to the lawsuit filed against doctors Danny Wang and David Oh and the County of Los Angeles.

The boy was prescribed 13 doses of the hormone estrogen “without obtaining voluntary and informed consent” of himself or his parents, according to the filing with the court. The lawsuit described the treatment as “experimental.”

“Estrogen is not a treatment for ODD. I can’t be more emphatic about that. You won’t find a reference anywhere that supports the use of estrogen for ODD.” — James McGough, a professor of clinical psychiatry at UCLA, Los Angeles Times

Later, the boy developed female breast tissue, and was diagnosed with gynecomastia, “which is the enlarging of his breast tissue, that did not exist prior to taking the estrogen pills.” He also experienced “psychological, emotional, and cognitive symptoms of depression, anxiety, insomnia, inability to concentrate, attention problems, and headaches.”

ODD is a behavioral condition that is mostly diagnosed in childhood and is sometimes diagnosed in patients with attention deficit hyperactivity disorder (ADHD). ODD is normally treated with therapy, and not estrogen, said James McGough, a professor of clinical psychiatry at UCLA.

In decent, lawful world, docs do not "experiment" on children held captive by the state pic.twitter.com/SgCj2w6InN