Lair Of The Beasts: A World War Wild Man 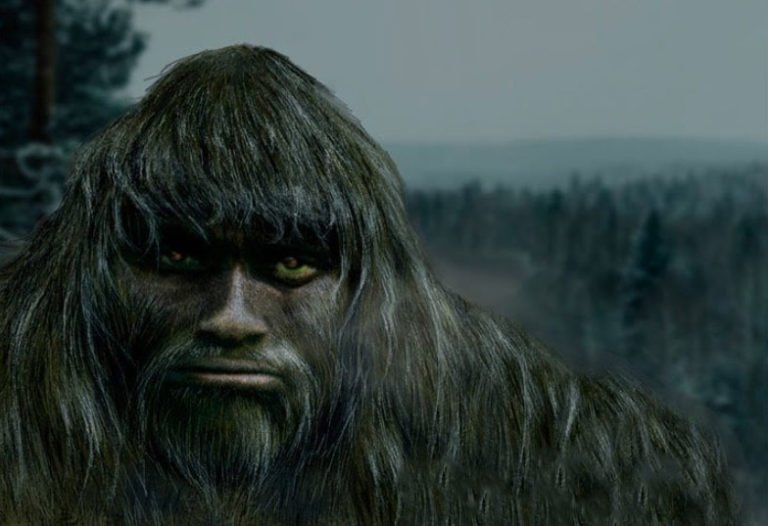 Across what used to be Soviet Central Asia, as far west as what are parts of Europe, and as far east as Mongolia, reports have long proliferated of hairy creatures known as Almas or Almasty that seem to be far more akin to men than they do apes; although they reputedly demonstrate clear and undeniable characteristics of both.

The opinion is acutely divided upon what these beasts are, or may be. It is deeply tempting to theorize that they may be surviving pockets of our closest relative – the Neanderthals – who supposedly died out in the later part of the Pleistocene epoch, more familiarly known as the Ice Age.

Certainly, some researchers, and most notably the late American anthropologist and cryptozoologist, Professor Grover Krantz, concluded that the Almasty may well be true humans: nothing less than surviving tribes of Mesolithic hunter-gatherers, similar to, but far more primitive than, the aboriginal natives of the more obscure parts of South America and southeast Asia.

One such creature of Almasty-like proportions was encountered at very close quarters as the Second World War was winding down to its final stages.

The man we have to thank for bringing the story to our attention was one Erjib Koshokoyev, who lived in the Caucasus Mountains at the time, where the amazing incident took place, and who had heard stories of the hairy creatures of the hills and woods for a number of years.

It was late one dark, autumn night in 1944, and Koshokoyev, working as a policeman at the time, was part of a group of local men scouring the nearby fields and hills on horseback, and keeping a careful watch for any signs of Hitler’s marauding armies closing in.

Without warning, the horse of the man leading the band suddenly stopped in its tracks, flatly refusing, or unable because of overwhelming fear, to move any further forward. This was hardly surprising: barely twenty feet in front of the shocked group stood a huge, dark, hair-covered animal not at all unlike what passes, today, for the North American Bigfoot.

Very aware that it had been seen, the beast shot away at an incredibly fast rate, and in the direction of a nearby shepherd’s cabin. The men – terror stricken, one and all – wasted no time in ensuring their rifles were trained on the ramshackle old cabin, and tentatively approached it.

The idea, quickly outlined by the officer in charge, was to try and take the creature alive and only to kill it if all other scenarios failed.

If it could be captured and transferred to military personnel at Nalchik, the capital city of Russia’s Kabardino-Balkaria Republic, the officer reasoned, then answers to its identity might very well be forthcoming. So, an ambitious plan was quickly put into place.

On reaching the building, the men made a circle around it, and were about to throw the door wide open when the Almasty – apparently having developed a fair idea of what was afoot – bounded out of the shadows and, in a state of crazed frenzy, dashed back and forth in front of the cabin’s door, while growling unintelligibly and with a terrible look on its primitive, rage-filled face.

The officers, surprisingly keeping their wits about them, made a line and moved forward, careful step by careful step. The man-beast, without warning, charged them and those previously intact wits were utterly and immediately gone.

The line broke, and the men frantically scrambled to get out of the way of the monster, as it raced towards a nearby ravine and the darkness of thick woodland.

The beast was gone. The mystery of what it may have been was never resolved.