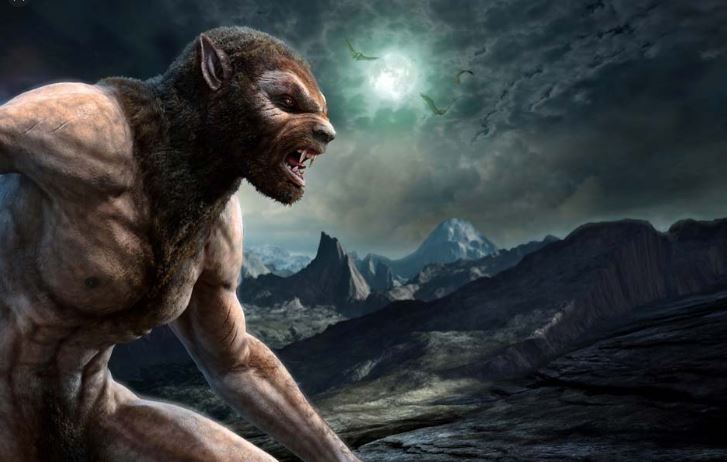 Dead Man’s Hole is located near Oak Grove, California and was a stop of the Butterfield stage line. When the line was established, it ran right by a sparkling water hole.

The stage often stopped there to refresh men and horses before continuing their trip. It was on one of these stops in 1858 that a legend was born. The driver got out for a drink.

He leaned over the water just to meet face to face with a dead man, the first known victim of the hole. Several reports circulated San Diego of the disappearance of men but were dismissed.

A French sheepherder was found dead at the hole in 1870.

Six years later, a stage passenger claimed to have seen a naked “thing” with long black hair watch him from a nearby bush.

A few years later, a man named William Blair was found strangled in the woods near the hole. A couple of his wealthy friends from San Francisco investigated the death but found no clues. A year later, an Indian girl was found 200 feet from where Blair’s body was discovered.

In March of 1888, a couple of hunters named Edward Dean and Charles Cox explored the canyons behind Dead Man’s Hole. They managed to hike a mile through the rough terrain. Upon taking a break, they heard a crash nearby. 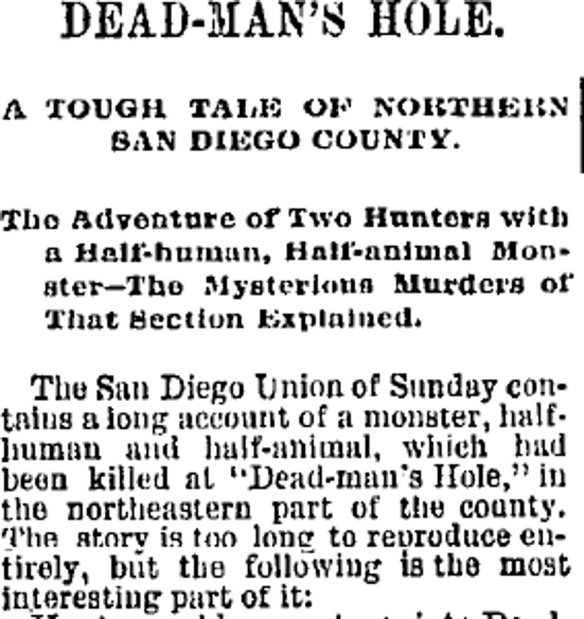 What they found was a creature with dark brown hair like a bear and six feet tall scurrying away. The hunters began to follow it but decided to stop it in its tracks by firing a shot in the air. The beast turned to reveal its human-like face. It started climbing the canyon wall to a cave opening. Cox fired again, killing the creature.

The article theorized that the animal was the result of a cross between a man and some kind of carnivorous beast.

James Jaspar reported in a San Diego newspaper that the monster’s body was being taken to San Diego to be put on exhibit the next day. However, there weren’t any further reports after the 1888 article concerning the beast. Was the monster revealed to the world or did it disappear in transit?

Why weren’t there any more articles about the Monster of Dead Man’s Hole? Perhaps the truth lies more in logic rather than conspiracy. It may have something to do with the date James Jaspar’s article was published on: April 1, 1888.

Something or someone was killing people at Deadman’s Hole over a thirty-year period, as reported, who knows how many before 1858? Some would say that members of the local native tribes were responsible, but the indigenous tribes have always strictly avoided the area. The mystery remains…