Meteoroid Bouncing Back Into Space: UFOs Or Just Another NASA Lie? 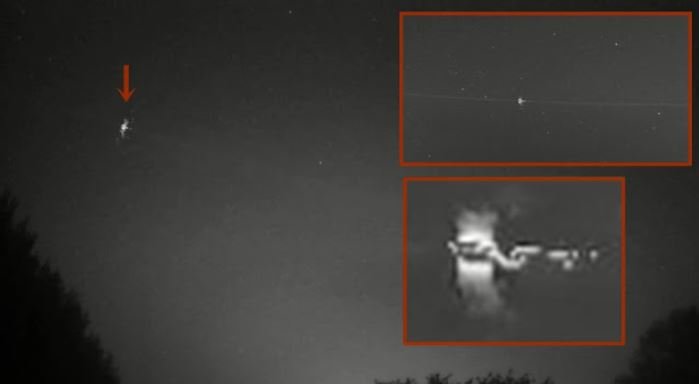 You ever have seen a “rock from space” that flies above the horizon, then gains height again to disappear back into space? Well, this one does!

The meteoroid was spotted in the early hours of 22 September above Northern Germany and the Netherlands, getting as low as 91 km in altitude – far below any orbiting satellites – before it ‘bounced’ back into space.

A bright light streaking through the sky, when it enters the atmosphere. While most of the meteoroids disintegrate, possibly with pieces reaching the ground as meteorites, this “visitor”, however, didn’t get low enough to completely burn up and managed to escape again, only grazing the edges of our planet’s protective gassy shield, according to the European space agency ESA.

What stands out is not only the trail of light in front of and behind the strange object, something you don’t normally see when a meteor flying overhead, but this “rock of space” clearly follows the trail. 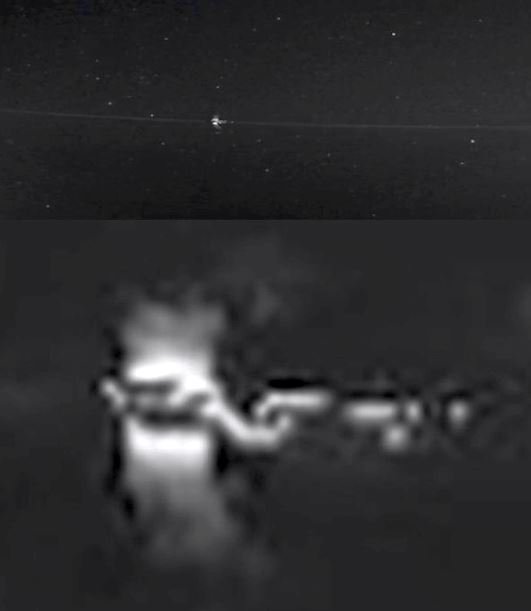 Although ESA states that it was a meteoroid, looking at the magnified image, we may wonder whether it was not a meteoroid but a UFO “Unidentified Flying Object.”

In the next GIF, the ESA show the flight path of the object by highlighting the trail of light.

In the early hours of 22 Sept over N. Germany & the Netherlands, a meteoroid got down to 91 km in altitude - far below orbiting satellites - before it ‘bounced’ back into space