Mysterious UFO speeding across the Sky above Heathrow, London seconds ahead of a landing plane 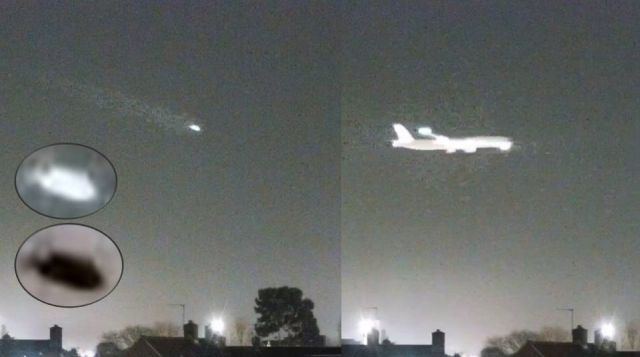 The live feed Sky Cam from Air Live captured the moment a mysterious unidentified flying object speeding across the sky above Heathrow Airport, London before it disappeared, on November 19, 2017.

The object in the sky was just seconds ahead of a landing plane though it is not clear how far away it was from the plane.

Some people suggest it was a shooting star, while others say it was a meteor, space debris or a UFO.

Speaking to MailOnline, Clemens Rumpf, from the University of Southampton specialized in studying space debris, said: 'My hunch is that this was a large meteor about one meter in diameter at an altitude of 30 to 70 km”, but some people disagree with the explanation give.

Whether the object was a UFO, shooting star, meteor or space debris it remains unclear what the object might have been.