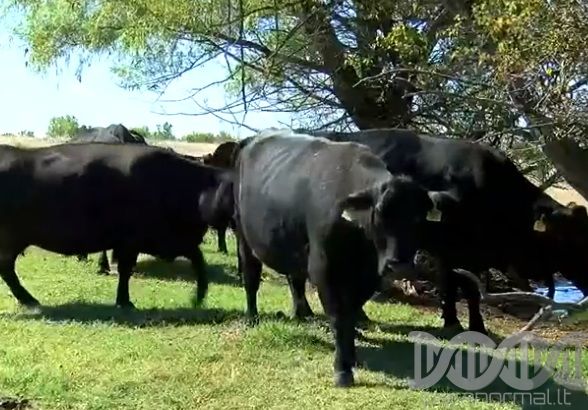 The Lawton rancher reported to police that two of his calves were mutilated over the weekend. It’s a sight that cattle owner Cody Zimmerman didn’t expect to see.

“Yesterday we were here, checking the livestock, and we found two calves here. They both had their tongues cut out, their genitals removed and their anus cut out, ”Zimmerman said.

Zimmerman said the hearts of the newborn calves were also removed.

The grisly scene was unlike anything he had ever seen in his eight years of raising cattle in northern Comanche.

The severity of these deaths became more evident when Zimmerman said he had taken a close look at the injuries inflicted.

“Both are without bullet wounds. I believe that they were opened during life. It’s just a terrible evil, “Zimmerman said.

Comanche County Sheriff Kenny Stradley said his department is investigating the case. The mutilation occurred at a small ranch near North Drive and US 62, the second reported incident in the county since June.

“The last such injury was in June, and it’s similar to what we found then.”

According to the police report, the male and female calf were found missing eyes, heart, genitals, and the hooves were “cut off” with some unknown tool, both carcasses were bled, but there were no traces of blood on the ground.

No traces were found at the scene.