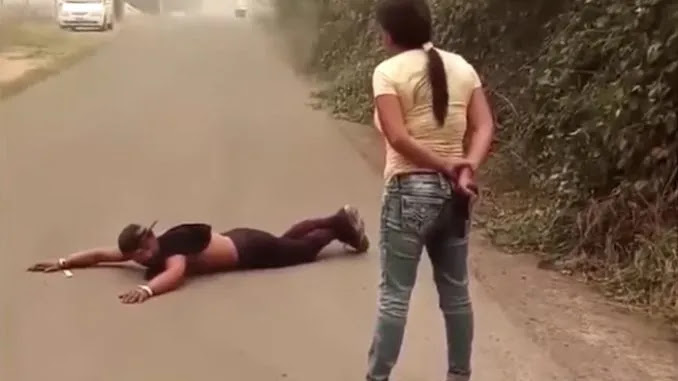 A brave Oregon woman found an arsonist on her property over the weekend. The women held the thug at gunpoint on the ground until police arrived.

The gun-carrying woman told the man if her husband would have cauht him he’d already be dead.

The mainstream media have, so far, completely ignored this citizen’s arrest.

It completely goes against their anti-gun man-made climate change narrative.

Woman in Oregon caught someone on her property with matches and held him until police showed up. pic.twitter.com/zefFthWPzI