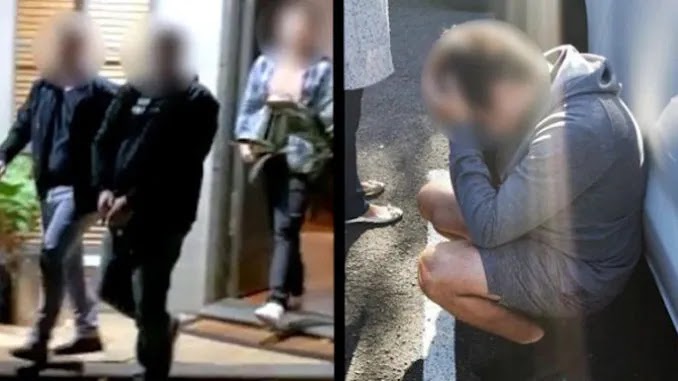 Federal authorities in Australia have taken down the country’s biggest child sex ring, according to reports.

The massive pedophile ring was busted after shocking footage of men raping young boys was shared on the dark web.

Nine men were arrested across Australia on Thursday after they were caught raping children and sharing horrific videos of their crimes online.

Two of the men – aged 21 and 26 – were charged with raping eight children between the ages of four and seven in Kendall, where missing boy William Tyrrell was last seen in September 2014.

She also made a plea to parents.

“Today I plead – I plead to the parents who are listening here now, many who cannot bear to hear this type of offering, please do not walk away from your television, please do not turn the volume down,” Comm Gale said.

She added the Australian Federal Police don’t want to have to tell parents their child is the victim of sexual abuse or exploitation.

“But this is not the case for the parents and guardians of up to 14 young victims identified through Operation Arc Stone,” she said.

“There could be more, and we believe that there are. We are painstakingly reviewing material.”

The child sex ring was operating in the same NSW town, Kendall, where William Tyrrell mysteriously disappeared in 2014.

A NSW Police spokesman said the child sex ring arrests are not believed to be related to William Tyrell’s disappearance at this stage.

Comm Gale said while the cases were not believed to be linked, she was unable to say if the men were in the town of 1000 people when William went missing.

It’s alleged that some of their victims were family members.

Police have uncovered evidence that the men’s alleged offending began in 2018, but it may have started earlier.

One of the men previously worked at a child care centre in the Kendall area but left his position in 2018.

Neither had a criminal record before they were arrested.

The arrests are part of a broader national operation with previous arrests in Queensland, NSW and Western Australia.

In total, nine men aged in their 20s have been arrested in relation to the child abuse that was filmed, photographed and shared online.

Six are from NSW, one is from Hervey Bay in Queensland, and one is from Western Australia.

They all remain before the courts.

The Hervey Bay man was arrested in April.

Comm Gale said officers have followed the “breadcrumbs” since.

One Sydney man charged is understood to be a soccer coach.

Comm Gale said the men’s alleged offending and evidence gathered had shaken some of the AFP’s most seasoned officers.

She said some of the alleged offenders knew each other outside the online child sex ring.