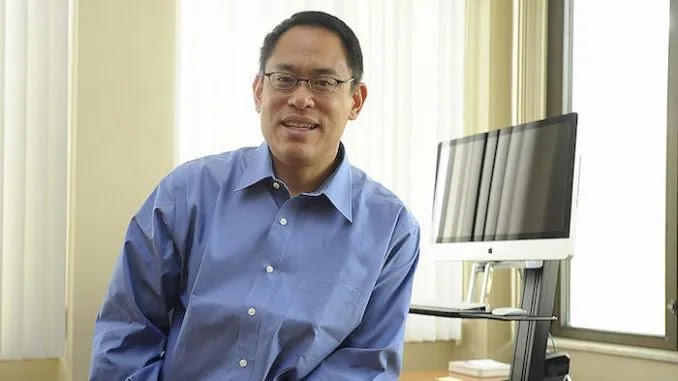 Michigan State University leaders and the Graduate Employees Union have successfully pressured Professor Stephen Hsu to resign from his position as vice president of research and innovation after he promoted a study that found there is “no widespread racial bias in police shootings”.

The Michigan State University research touted by Professor Hsu found that police are not more likely to shoot African-Americans and systemic police racism is a myth.

The professor was then informed that he should not share research that runs counter to public statements by the university which is backing the Black Lives Matter movement.

“The victory of the Twitter mob will likely have a chilling effect on academic freedom on campus,” Hsu said via email.

CollegeFix reports: The union had taken advantage of a Black Lives Matter-linked #ShutDownStem day on June 10 to help oust him.

Hsu stepped down from his vice president role on June 19 after pressure from the union and the president of the university, Samuel Stanley. Hsu will stay on as a physics professor at Michigan State, however.

Today for #ShutDownAcademia #ShutDownSTEM, the GEU and its coalition partners in the STEM community are calling for the removal of Stephen Hsu as VP of Research and Graduate Studies at @michiganstateu.

The union also circulated a petition against Hsu that accused him of “scientific racism” that garnered over 800 signers. An open letter signed by more than 500 faculty and staff at Michigan State argued Hsu supports the idea that intelligence is linked to genetics.

A counter-petition in support of Hsu has gained more than 1,000 signers, including many fellow professors from across the country.

“To remove Hsu for holding controversial views, or for inquiring about controversial topics, or for simply talking to controversial personalities … would also set a dangerous precedent, inconsistent with the fundamental principles of modern enlightened higher education,” it read.

As for the claim of “scientific racism,” Hsu rejected that on his personal website, stating “I believe that basic human rights and human dignity derive from our shared humanity, not from uniformity in ability or genetic makeup.”

But a leader with the graduate student union said that there were multiple factors that led to Hsu’s removal, including people who disagreed with Hsu not feeling they were able to state their concerns for fear of backlash.

“Once we started the dialogue, dozens of people approached us with personal stories of their own attempts to speak out and their own experiences with Hsu, and hundreds signed on calling for his removal,” Graduate Employees Union Vice President Acacia Ackles told The College Fix.

The union has also criticized Hsu’s promotion of a study that found there is no racial bias in police shootings.

“We found that the race of the officer doesn’t matter when it comes to predicting whether black or white citizens are shot,” according to the Michigan State-based research Hsu had quoted that drew the ire of many.

Hsu said that the attacks against him are baseless.

“The GEU alleged that I am a racist because I interviewed MSU Psychology professor Joe Cesario, who studies police shootings,” he wrote in an email to The College Fix. “But Cesario’s work (along with similar work by others, such as Roland Fryer at Harvard) is essential to understanding deadly force and how to improve policing.”

Cesario is the Michigan State psychology professor who co-authored the study published July 2019 that debunked the notion that police are more likely to shoot African-Americans. Hsu wrote on his blog that the paper concluded “there is no widespread racial bias in police shooting.” Professor Cesario received a small amount of funding for his research under Hsu’s leadership.

Cesario’s research had been cited in a widely shared Wall Street Journal op-ed headlined “The Myth of Systemic Police Racism” that was published June 3 amid racially charged protests against the death of George Floyd in police custody.

The “MSU communications team highlighted the mention in the June 9 edition of their email newsletter, InsideMSU. The next day, the Graduate Employees Union denounced Mr. Hsu. By June 11, editors of the newsletter had apologized ‘for including the item and for the harm it caused,’” the Journal reports.

The graduate union told The Fix that administrators should not share research that runs counter to public statements by the university.

“It is the union’s position that an administrator sharing such views is in opposition to MSU’s statements released supporting the protests and their root cause and aim,” Ackles wrote in an e-mail to The College Fix.

President Stanley released a statement on June 19 where he defended his decision to pressure Hsu to resign.

“I believe this is what is best for our university to continue our progress forward. The exchange of ideas is essential to higher education, and I fully support our faculty and their academic freedom to address the most difficult and controversial issues.”

“But when senior administrators at MSU choose to speak out on any issue, they are viewed as speaking for the university as a whole. Their statements should not leave any room for doubt about their, or our, commitment to the success of faculty, staff and students,” he added. Source