The Modern T-Rex Of Murray 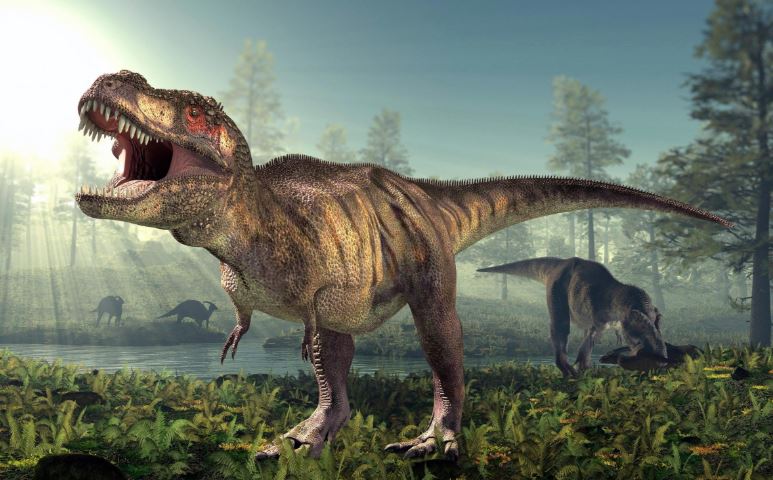 Papua New Guinea is no stranger to mysterious creatures of legend. And yet somehow the thought of this next monster seems incredible even by the standards of a field that tells of a massive bipedal ape-like man and the Mothman who not only is humanoid and flies, but actually predicts (or causes) disasters in the wake of his appearance.

Perhaps it’s because this creature seems to be a fairly everyday Tyrannosaurus Rex that has somehow ended up in the 21st century and yet remains elusive to all but a few.

The island itself seems hardly large enough to contain monsters of any capacity, with an approximate area of around 285,000 square miles, the island is deceptively small. And yet much of this is dense jungle where human footfalls are never heard.

But according to witnesses and legends, the tromping sound of something far bigger has been heard since the turn of the millennium.

It’s difficult to imagine a T-Rex living not only past the massive die off that resulted in the death of all dinosaurs and an end to the Cretaceous period, but that’s precisely what some have proposed – although there is also a far different and perhaps even stranger theory to why dinosaurs could (at least at certain points in time) be walking the Earth even today.

It all started before Christmas day in 1999. A small group of people from a nearby village had set out to seize the day and start fishing early in Lake Murray. Their trip was interrupted, however, when one of them pointed into the distance and large waves started lapping at the sides of their canoe.

As he pointed out the creature the others strained against the morning fog to focus in on it. Like a tremendous shadow in the fog, they could see a massive creature that they would later describe as “dinosaur-like” up to its knees in the waters surrounding Baboa Island.

Not wishing to venture closer, they turned and left. But theirs would not be the only sighting of the creature that week. The following day a pastor and a religious elder spotted the same thing.

Its height, length, stride, small arms, and tremendous facial features were all the same as the creature dubbed by scientists as the “terrible lizard” and king of the dinosaurs. Perhaps most disturbing of their account were the teeth.

Of course this was nothing new to natives in the area. When they first saw books detailing dinosaurs, one stood out to them. Pointing to the T-Rex, they pointed into the distance around Lake Murray and told visitors that the creature still drew breath in that region.

Could this be a real living T-Rex? Or is it possible there is some other phenomenon that would allow the creature temporary passage into our current timeline? With so many reports from various sources it’s difficult to imagine.

One of the strangest theories suggests the creature may be caught in some sort of time loop where it will continue to reappear through time indefinitely. This could make the creature the world’s newest dinosaur or oldest ghost.