The Skirvin Hotel And Its Ghostly Secrets 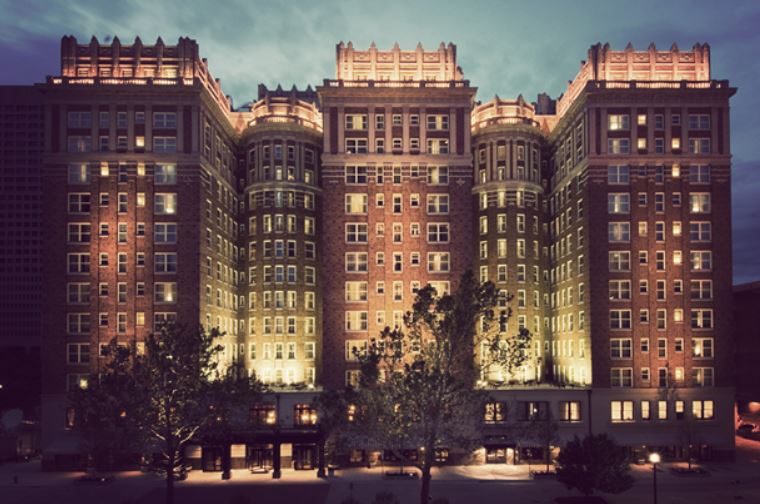 He invested in oil and land, increasing his wealth considerably, and in 1910 decided to build a hotel on one of his properties at 1st and Broadway after an investor from New York City offered to buy the lot in order to build the “biggest hotel” in the state. Oklahoma City had only one luxury hotel at the time, and Skirvin thought it was an excellent investment.

Skirvin approached Solomon A. Layton, a famous architect in the area who had designed the Oklahoma State Capitol building, and plans were finalized for a 6-story, U-shaped hotel. But in late 1910, just as construction of the 5th story neared completion, Layton convinced Skirvin that OKC’s growth justified 10 stories rather than 6.

On September 26, 1911, Skirvin opened the newly completed luxury hotel to the public. The lobby was decorated in English Gothic, and the wings of the hotel contained a drugstore, retail shops and a cafe. The hotel had 225 rooms and suites, each with a private bath, telephone, hardwood furniture and velvet carpet.

According to many accounts, the hotel became a center for well-known businessmen and politicians over the next 10 years. Skirvin began to expand the hotel, slowly at first, building a new 12-story wing and then eventually raising all wings to 14-stories by 1930. This increased room total to 525 and added a roof garden and cabaret club as well as doubled the lobby size. 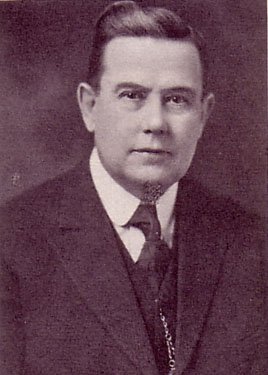 As much of the country was hit with a depression, the oil boom in Oklahoma City kept the Skirvin Hotel going strong, and despite failed extension attempts and family problems, William Skirvin operated the hotel until his death in 1944. Skirvin’s 3 children decided to sell the property to Dan W. James in 1945.

The Skirvin only grew in prominence as it hosted Presidents Harry Truman and Dwight D. Eisenhower. But by 1959, suburban sprawl was severely hurting downtown OKC, and James sold the Skirvin hotel to Chicago investors in 1963. It was then sold again in 1968 to H.T. Griffin.

Griffin spent millions remodeling the Skirvin Hotel, but business continued to suffer and Griffin filed for bankruptcy in 1971. After changing hands a few times, the hotel underwent more renovation in the 1970’s, then again in the early 1980’s, and it eventually closed in 1989.

In 2002, the city of Oklahoma City acquired the property and put together a financing package to “renovate, restore and reopen.” The Skirvin Hotel finally reopened on February 26, 2007.

Get more Skirvin information from Doug Loudenback’s blog and “History of the Skirvin” by Bob Blackburn.

The primary ghost story of the Skirvin Hotel centers on a young maid nicknamed “Effie.” According to the legends, William Skirvin had an affair with Effie, and she became pregnant.

In order to avoid scandal, he supposedly locked her in a room on the 10th floor, originally the top floor, where she grew desolate when she was not allowed to leave, even after giving birth. She is said to have jumped, her infant child in her arms, out of the window.

It was not uncommon over the hotel’s existence for guests to complain about an inability to sleep, often due to the incessant sounds of a child crying. In addition, according to some, a nude Effie is known to appear to male hotel guests while showering, and her voice can be heard propositioning them. Staff members have reported everything from strange noises to things moving by themselves.

The Effie legend is a popular one, but there is no historical evidence for it. Though William Skirvin is said to be a noted womanizer and the 10th floor was likely a popular spot for gamblers and prostitutes in the 1930’s, writers Steve Lackmeyer and Jack Money did extensive research for their book “Skirvin” but found no evidence of an Effie. The only recorded suicide at the Skirvin was that of a salesman who jumped from his window.

Nevertheless, the tale of Effie continues to be told, and many are convinced that the Skirvin Hotel is haunted.

In January of 2010, members of the New York Knicks basketball team even told the New York Daily News they were unable to sleep the night before a game with the Oklahoma City Thunder. “I definitely believe there are ghosts in that hotel,” said center Eddy Curry. Forward Jared Jeffries added, “The place is haunted. It’s scary.”