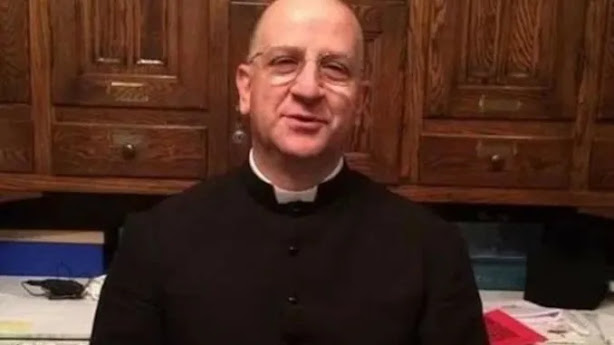 Top Catholic exorcist Father Chad Ripperger has warned that the American left, including many members of the Democratic Party, appear to be possessed by demonic entities.

Now, Fr. Chad Ripperger confirms that even those operating within the mainstream media appear to be demonically posessed.

In a recent episode of the US Grace Force podcast, Fr. Ripperger declared:

“you know when they [people]… get caught in something or when their shame is revealed about the sin that they’ve committed, they sometimes become very vociferous and very angry about it and try and push the envelope even more.

I think he’s using people quite a bit. I think that’s the principle difficulty—that we have people who are, for lack of a better way of putting it, that **they’re basically in league with him [the devil]**, they actually believe the same things that he does. **They want the same goals.**

Further, the exorcist tells us Democrats and the media are behaving precisely like demons who are losing their grip on the possessed by claiming rights they do not have:

Once they’ve started to lose control on the inside, the other thing that’s very common is claiming that they’re victorious or that they’ve already won when they really haven’t yet. It hasn’t been proven to actually be the case. Or that they actually have rights or that there are certain things that they have that other people can’t take away from them etc. So it’s very similar to a lot of the things that we’re actually seeing.

In short, the election hasn’t been decided, and the demons (and their human allies) are trying to demoralize patriots by claiming the battle is over. Again, from Fr. Ripperger’s interview on US Grace Force:

But I think that demoralization is precisely what you see when demons are attacking people.

Now the good news. Exorcists like Fr. Ripperger defeat the devil all the time. And the solution is simple:

One of the things that we have to do with people who are possessed is **constantly get their focus back on God**. Don’t let the demons drag your focus into the stuff that you’re suffering and the things that you’re dealing with. Keep your focus because [when you lose focus on God], that’s when things start going downhill. That shift in the focus is what the demons are always trying to get us to do and to be demoralized.

There’s our recipe for prevailing in this election:

1. Remember that we are fighting a spiritual battle, not a human conflict.
2. Demons claim victory and rights when they have no such things.
3. Do NOT get demoralized, for despair is the devil’s most potent weapon.
4. Keep the focus on God.

Fr. Chad Ripperger, Ph.D. is a priest, an exorcist, and the founder of an order of exorcists known as the Dolorans. He recommends the following prayer for priests and laity, until the election is officially resolved: a binding prayer against evil. pic.twitter.com/MX7Ab3EyRQ