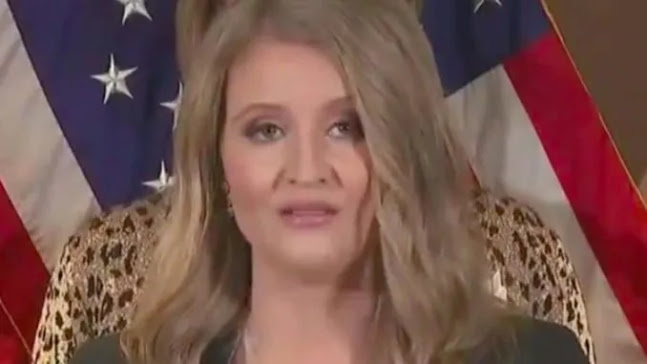 During the heated conference, the campaigns senior legal adviser Jenna Ellis also blasted the establishment media coverage of the campaign’s fight over the integrity of the presidential election as “fake news”, arguing that every American should want election integrity to be preserved.

She accused reporters of failing to serve as “unbiased jurors” in the court of public opinion and reminded them their personal views are irrelevant.

Breitbart reports: Ellis said the press conference, which featured Trump campaign lawyers Rudy Giuliani and Sidney Powell, was an opening statement so that the American people could understand what the networks “have been hiding and what they refuse to cover.”

“All of your fake news headlines are dancing around the merits of the case and are trying to delegitimize what we’re doing here,” she said. She said the Trump campaign has been working to put together a case that “generally would take years in civil litigation.”

“This is the court of public opinion right now,” she said, dismissing news coverage of the legal fight.

“We’re not trying our case in the court of public opinion, because if we were, we would get unbiased jurors. I would strike 99 percent of you from the jury, and I would be allowed to because of the fake news coverage you provide. You’re not unbiased jurors,” she said.

She added that since journalists were not actual jurors, their opinions did not matter.

“Until you step out of your role as a journalist and actually go into a courtroom and you are a judge on a bench that has sworn an oath to be unbiased in our separation of powers, then your opinion does not matter,” she said.

She expressed confidence in the campaign’s ability to show evidence of corruption when in court:

You, the press, should cover this fairly and should know that this matters to election integrity, and it matters to the future of our nation. So, we have given you an overview. But recognize, this is not a court of law. We will get there and have time and we have constitutional provisions that will step in when we show the corruption and the irredeemably challenge and overturned voters that are absolutely corrupt in all of these counties. It is irredeemably compromised. We will show that. You have to give us that opportunity.

She concluded, “This is just our opening statement. We have opportunity to get there and we have time and we will do that. This is the United States of America and we stand proudly for President Donald J. Trump. Thank you.”

Trump senior legal adviser Jenna Ellis: "I have seen all of you taking pictures right now and I can anticipate what your headlines are going to be." pic.twitter.com/Ei4oxgnGUi