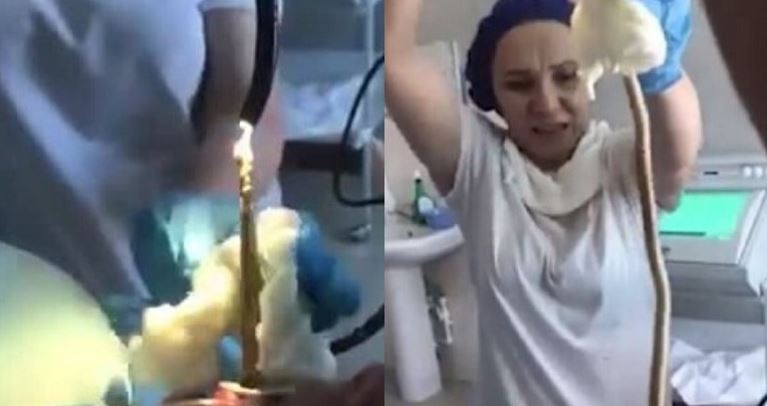 There are many folk tales about a snake crawling into the mouth of a person sleeping on the field, but when this happens in reality…

It was reported that in Dagestan (Russia) a large snake about a meter long crawled into her mouth while sleeping. And snake was able to slip far into the esophagus or even into the stomach.

It allegedly happened in the village of Levashi, but it is possible that in order to remove the reptile, the victim was taken to another hospital and everything happened on condition of complete anonymity.

A special tube, like a gastroscope, was inserted through the mouth into the patient’s stomach, and through it doctors managed to grab the snake and pull it out. The snake was apparently already dead by that time.

The nurse, who pulled out the snake, was frightened by what she saw and immediately hurried to throw the snake into the exposed basin. The patient was under anesthesia during the operation, so she did not react in any way.

Some even began to assert that you have to be very drunk so as not to feel the snake crawling into your mouth.

However, you can recall a huge number of old village beliefs, including Dagestan ones, that a snake can really crawl into a sleeping person’s mouth if you spend the night in nature.

There are many folk tales about a snake crawling into the mouth of a person sleeping on the field, but when this happens in reality…