While Californians Cancelled Thanksgiving, 22 Officials Ran up $15,000 Booze Bill at Lavish Party With No Social Distancing 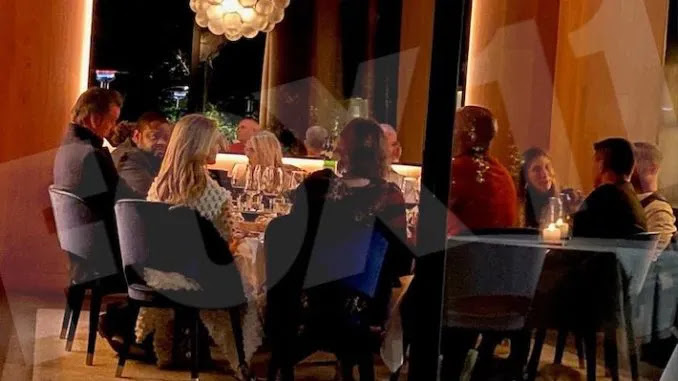 According to award-winning journalist Adam Housley, the dinner Newsom attended had 22 guests, not 12, and ran up an enormous bar bill of over $15,000. Masks were not worn, he claimed.

“Because Yountville is my hometown..and where the French Laundry is located…I thought I’d do some digging. Facts about the Newsom dinner. The bar bill was around 15-thousand. 22 people in attendance, not 12. No masks. All indoors. They got so loud, other patrons complained,” Housley tweeted.

“There was ‘zero effort’ to go outside and there was no social distancing of any type. I’m also told some of those there are now privately laughing at the controversy. Remember this is my little hometown. The walls speak,” he added.

2/2 There was “zero effort” to go outside and there was no social distancing of any type. I’m also told some of those there are now privately laughing at the controversy. Remember this is my little hometown. The walls speak.

Dailywire.com reports: As The Daily Wire reported earlier in the month, Gavin Newsom became embroiled in controversy after reports said he attended a multi-family birthday party for a political adviser at The French Laundry. Initially, a spokesperson defended Newsom’s decision to partake in the event, arguing that it took place outdoors; days later, however, that excuse fell to the wayside when photos revealed the party took place indoors with almost no social distancing and no mask-wearing. Newsom eventually apologized, writing it off as a mistake.

“I want to apologize to you because I need to preach and practice, not just preach and not practice, and I’ve done my best to do that,” Newsom said. “We’re all human. We all fall short sometimes.”

“As soon as I sat down at the larger table I realized it was a little larger group than I had anticipated and I made a bad mistake,” he explained. “Instead of sitting down, I should have stood up and walked back, got in my car and drove back to my house.”

The alleged scandal further developed when it was revealed that top California Medical Association officials were also in attendance at the party.

“CEO Dustin Corcoran and top CMA lobbyist Janus Norman both joined the dinner at the French Laundry, an elite Napa fine dining restaurant, to celebrate the 50th birthday of lobbyist and longtime Newsom adviser Jason Kinney, a representative of the powerful interest group confirmed Wednesday morning,” Politico reported. “The presence of CMA brass could amplify criticisms of the dinner occurring despite coronavirus restrictions that have limited Californians’ movements and constrained businesses.”

“The CMA has long been a powerful presence in the state Capitol, and its Sacramento officials are longtime friends with Kinney,” Politico added. “The group spent $2.1 million last year lobbying state leaders.”

Last week, California Department of Public Health instituted a curfew, banning all nonessential activities between the hours of 10 PM and 5 AM.

“The virus is spreading at a pace we haven’t seen since the start of this pandemic and the next several days and weeks will be critical to stop the surge. We are sounding the alarm,” Newsom said in a statement. “It is crucial that we act to decrease transmission and slow hospitalizations before the death count surges. We’ve done it before and we must do it again.”