White Dem Rep At Protest Caught on Hot Mic: ‘If I Didn’t Have a Primary, I Wouldn’t Care’ 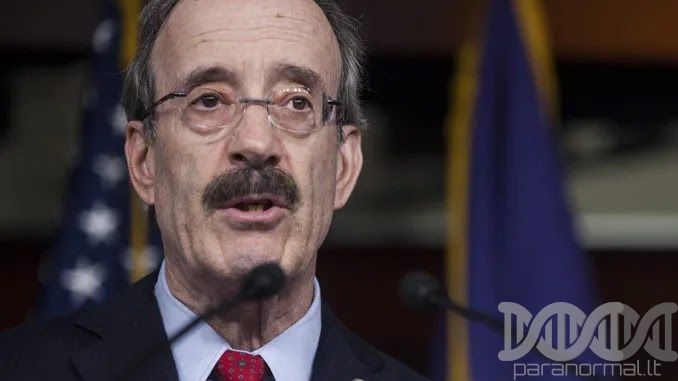 Rep. Eliot Engel (D-NY) was caught on a hot mic at a protest in the Bronx, New York, admitting “If I didn’t have a primary, I wouldn’t care.”

Rep. Eliot Engel, a career Democrat politician who is campaigning for a 17th term in Congress, apparently thought appearing at the event would be good for his campaign and became frustrated that he had to wait in line.

The exchange was caught on a nearby microphone from News 12 The Bronx and served to confirm Candace Owens and Charles Barkley’s comments that Democrats only pretend to care about African Americans when they need their votes in an election year.

Our cameras were rolling as @RepEliotEngel asked BP @rubendiazjr if he could speak at a press event this afternoon and was heard saying “if I didn’t have a primary I wouldn’t care.” (Cont...) @News12BX pic.twitter.com/7IeK5PgeNg

“Don’t do that to me,” Diaz responded. “We’re not gonna do this. We’re not politicizing. Everybody’s got a primary, you know? I’m sorry.”

As a long-term D.C. politician, Rep. Engel of course had a ready explanation and convenient apology for the comment.

He told NY1 reporter Emily Ngo he showed up to his district because he “cares deeply” about the struggles of New Yorkers.

.@RepEliotEngel responds after he's heard seeking a turn to speak at a presser and saying if he didn't have a primary, he wouldn't care 1/3: “In the context of running for re-election, I thought it was important for people to know where I stand, that's why I asked to speak. ...

"... Of course I care deeply about what's happening in this country, that's what I wanted to convey. I love the Bronx, grew up in the Bronx and lived here all my life," @RepEliotEngel continues in his statement. 2/3

Western Journal report: But despite Engel’s apology, his comments appear to show a Democrat attempting to use an unfortunate situation for his constituents in order to bolster his standing with them.

Edward-Isaac Dovere, a reporter for The Atlantic, posted on Twitter that Tuesday was the first time Engel had checked in on his community since the coronavirus began to devastate its residents in March.

!!! @RepEliotEngel heard on hot mic asking @rubendiazjr for a turn to speak, says twice, "If I didn't have a primary, I wouldn't care."

Diaz responds, "Don't do that to me."

While Republicans are often portrayed as callous, cold and calculated politicians, Engel is the latest to expose what truly motivates Democrats, and that is obtaining power.

The Democrat joined an event in which his community was expressing concern over events much larger than a congressional campaign, and the first thing he thought to speak about when he thought no one was listening was an election.

While New Yorkers are concerned about cleaning up after looting and rioting in their communities after the events of this week, Engel apparently cares only about the continuity of his political career.

Democrats show again and again that their primary concern is serving their own interests and winning elections.

After his viral comments, it appears voters might be poised to oust Engel.

Politico reported Engel’s primary opponents are consolidating in order to defeat him.

Jamaal Bowman, who is Engel’s biggest threat in the June 23 primary, told Politico that Engel’s comment was “disgusting,” among using other adjectives.

“It just exemplifies and shows everything we already knew,” Bowman said. “To say if I didn’t have a primary I wouldn’t care, it captures everything not just wrong with him but the political system.” Source