Almost Every War Has A Mystical And Paranormal Side 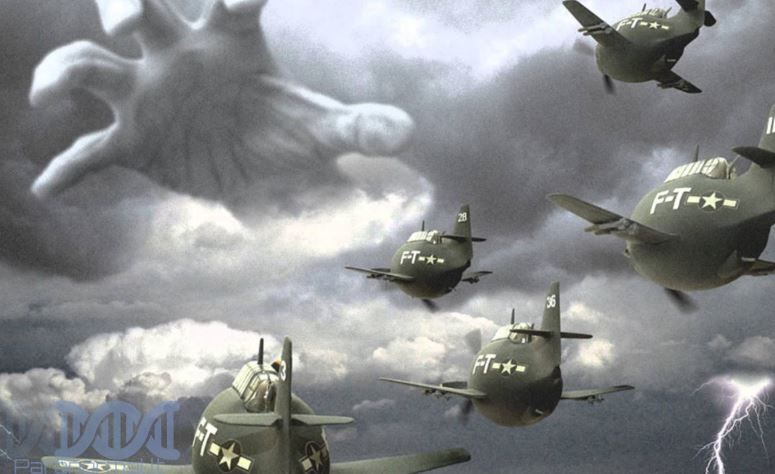 The unknown pages of history eventually come to light as the secret archives become declassified, memoirs and witnesses’ accounts are published. However, both historians and researchers of anomalous events are still perplexed over some mystical cases that took place in days of old.

Nearly all books on abnormal events have a reference to the mysterious disappearance of the 4th Royal Norfolk Battalion during World War I. The inexplicable occurred on August 21, 1915, as the Allies were waging the bloody Battle of the Dardanelles to secure access to the seaway between the Black Sea and the Mediterranean.

According to eyewitness accounts by three New Zealand soldiers, the 4th Royal Norfolk Regiment was instructed to assist a unit launching an offensive against the enemy lines on Position 60. A strange cloud fell over the soldiers as they were moving along the bed of a dried-up river. The people were gone after the cloud went up and floated away.

The eyewitnesses claimed the cloud looked weird (“very dense as if it was some solid structure”). Besides, the cloud moved against the wind after engulfing the soldiers. At the end of the war the Turks confirmed that they had not captured any personnel of the 4th Royal Norfolk Battalion.

There were lots of theories with regard to that mysterious disappearance. Some ufologists believed the soldiers had been snatched by UFO disguised as a cloud. Others talked about a window to the other dimension, the one that went ajar for some reasons in the above location. Yet the historians were quite skeptical about the extraordinary explanations, and with reason.

First, why did it take so long for the three New Zealanders to speak out? They made the story public 50 years after the Battle of the Dardanelles. Second, it is the regiment that disappeared, not the battalion. The numbers got confused too. It is the 5th battalion, not the 4th one, that went missing on August 12th.

Third, the bodies of 122 soldiers of the 5th Royal Norfolk Battalion were eventually discovered in September 1919. Taking into the account the scale of carnage (27 thousand Allied troops were killed and buried in an unmarked mass grave), the bodies of the remaining 145 soldiers of the battalion may have been lost in the process.

So the New Zealanders made the story up? It is hard to make a categorical judgment since the official wartime records indicate that a heavy fog actually fell over the battlefield on August 21. However, there is no mentioning whatsoever concerning any strange cloud.

A more mysterious story involving the disappearance of troops in large numbers took place in during the war in China in December 1937. The Japanese army was on the offensive. The Chinese general Li Fuxi dispatched 3 thousand troops to the Yangtze River banks to impede the enemy advance. The general sent a reconnaissance unit sent to the location one day later.

The members of the unit reported that they could see no trace of the detachment; they found no signs of the battle or dead bodies on site. The missing soldiers would have crossed the bridge had they retreated in disregard of orders. Some of the Chinese units were positioned near the bridge; they would have promptly reported any news to the general.

Yet they saw no movement near the bridge. The Chinese government made repeated attempts to unravel the mystery of the disappearance of those 3 thousand troops yet all the attempts ended in failure. Neither the Japanese government archives nor army records have any data with regard to capture or annihilation of the Chinese troops on the above location.

The “UFO era” is believed to have started in 1947 as the first “flying saucers” were spotted by Kenneth Arnold. However, several UFOs flew over Los Angeles on February 25th, 1942. 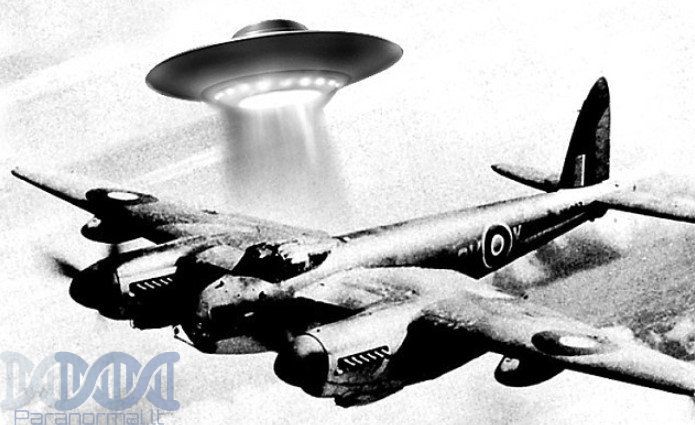 U.S. anti-aircraft defense command apparently believed it was a Japanese air raid and ordered to open rapid fire at the targets. The targets escaped unscathed though some of projectiles exploded in close proximity, according to eyewitnesses. One of the UFOs was a big rounded object, the others appeared smaller. Finally, the mysterious objects vanished in thin air.

As it turned out, the barrage put up by the air defense units caused substantial collateral damage: several buildings were damaged and six people were killed. U.S. Air Force got to know UFOs in the fall of 1944. The bombers’ crews reported numerous cases of “hide-and-seek” maneuvers featuring strange illuminated balls and disks, which flew on parallel courses.

The objects were initially thought to be some new type of enemy aircraft. However, the UFOs inflicted no damage on U.S. aircraft. In the end, American pilots jokingly dubbed the strangers “Foo Fighters” and “Fritz Balls.” On the other hand, the Germans sighted the UFOs too.

They believed the objects were some new aircraft of the Allies. Similar objects were observed during the Korean and Vietnam wars. According to ufologists, those were the authentic UFOs frequently spotted in combat zones.

Many of us read about the so-called sea monsters e.g. giant sea serpents, huge octopuses etc. Given the scale of combat operations at sea, some evidence indicating the existence of such monsters may have been gathered (the use of depth charges being one of the reasons). Indeed, there are some documented pieces of evidence.

For example, there is a report filed by the captain of a German submarine that sank the British merchant vessel Iberian in the Atlantic. His report contained the description of a huge (18 meters long) sea monster, which rose to the surface amid the wreckage of the ship. The monster resembled a giant crocodile equipped with four strong webbed paws and a long tail.

The creature disappeared in the depths of the ocean after suffering several minutes of agony. Perhaps we need to thank the proverbial German pedantry for documents like that. The captain described the actual events at the risk of looking for a total psycho.

The mystery of the so-called “cursed ship” also has to do with the German navy. Indeed, the history of the giant German battleship Scharnhorst is either a series of dire mishaps or stages of a real curse. Prior to its launch in 1936, the ship slid down the slips in a shipyard. The accident claimed the lives of 60 workers. 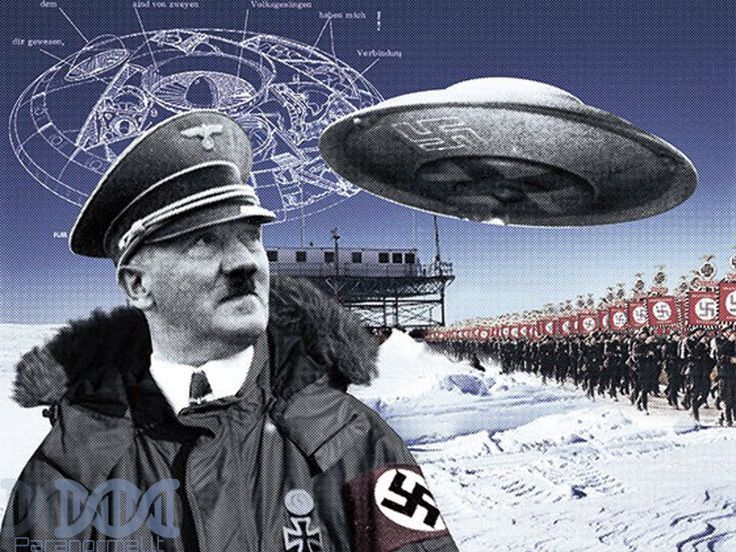 Another accident took place during the launching of the Scharnhorst. Adolf Hitler and other high-ranking Nazi officials could see the ship crashing into the barges after breaking the lines. In 1939, two explosions rocked the ship as she bombarded Gdansk. Two gun turrets were destroyed, 28 sailors killed.

The Scharnhorst, the pride and glory of the German navy, failed to sink anything while engaging the British warships. Her steering gear was damaged by a Norwegian warship during the shelling of Oslo. The Scharnhorst went down rather gracelessly after being hit by a British torpedo. The ship’s ammo hold detonated, splitting the ship asunder.

The battleship became a mass grave of 1,422 sailors. The British rescued only 36 crew members. Two of the ship’s crew managed to reach the shore by making use of the floating wreckage. Those two sailors tried to use a blow torch (borrowed from the ship) for making some tea. The blow torch went off and killed both the sailors, the last victims of the “cursed ship.”

The mysterious events often happened to chief protagonists of the armed conflicts. Adolf Hitler survived numerous elaborate attempts on his life. Winston Churchill claimed he had survived an air bomb explosion only because he heard a “tip from above”. That day he did not take his regular seat in a vehicle.

Churchill, a rather hefty man, climbed into the other side of the car. A nearby blast could have upended the car. Yet the weight of Churchill’s body apparently gave a boost to the car’s stability. The car tilted at two wheels but never overturned.

According to Churchill, it felt as if he heard someone tell him: “Don’t you do that!” a moment before he opened the door of the vehicle. It was one of several cases when something inexplicable intervened to save Churchill from imminent danger.