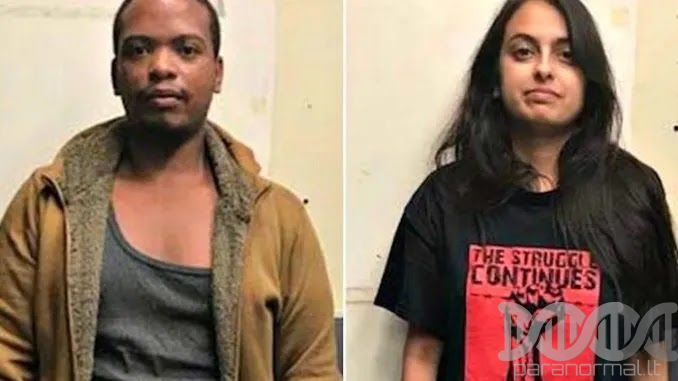 The high-profile New York lawyers who threw a Molotov cocktail into a New York Police Department vehicle last weekend have been ordered to return to jail.

The U.S. Court of Appeals for the Second Circuit ruled Friday that the two attorneys should not receive bail and must not be allowed to walk free.

Attorneys Colinford Mattis and Urooj Rahman charged in Molotov cocktail attack on @NYPDnews are now back in federal custody after the U.S. Court of Appeals reversed bail decision by the District Court.

Paranormal News reported Monday: “Colinford Mattis was charged along with fellow attorney Urooj Rahman with the attempted attack on an empty police cruiser parked outside the 88th Precinct station house in Fort Greene.”

Mattis works in New York for the Pryor Cashman corporate law firm, and was suspended without pay after news of his arrest. Rahman is a human rights lawyer.

Breitbart.com reports: They were released on $250,000 bond. Rahman’s bail was posted by fellow attorney Salmah Rizvi, who worked in President Barack Obama’s administration as an intelligence official, providing information for Obama’s daily briefing.

Prosecutors in the Eastern District of New York were dissatisfied with the suspects’ release and filed an appeal.

“The pair also passed out Molotov cocktails Friday night to crowds who were clashing with police so others could cause more destruction, prosecutors said. Authorities said they later found additional incendiary devices in their car,” Fox News reported.

They were taken into federal custody by U.S. Marshals after the appeals court ruling. Source