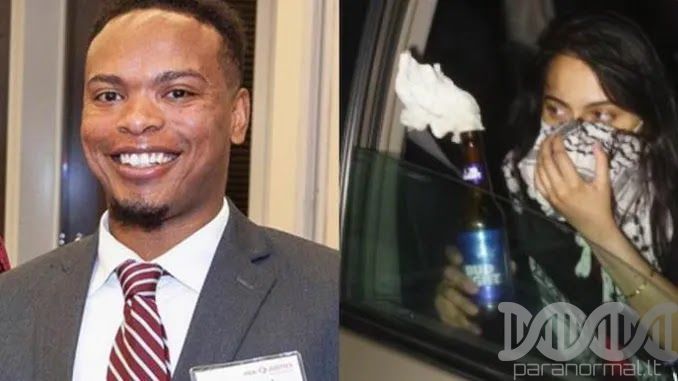 According to reports, Mattis was charged along with fellow attorney Urooj Rahman with the attempted attack on an empty police cruiser parked outside the 88th Precinct station house in Fort Greene.

“This is shocking news to me,” Andre Mitchell, president of Community Board 5 told the Daily News. “The allegation does surprise me because that doesn’t sound like him.”

Thegatewaypundit.com reports: UPDATE — Here is the Photo of the two driving before their attack.