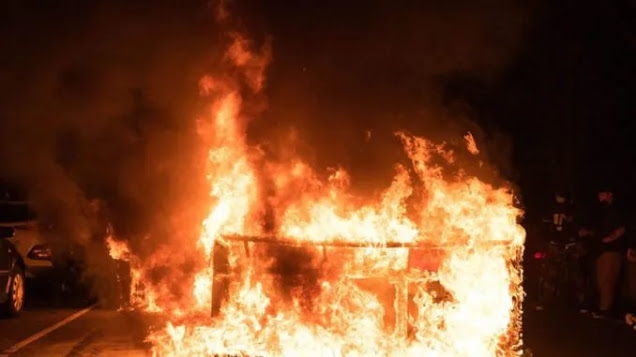 Black Lives Matter rioters have allegedly burned a church to the ground in Philadelphia during another night of violent unrest as leftist mobs continue to terrorize the city.

The Vietnamese Baptist Church in Philadelphia was targeted by thugs using “flammable chemicals” amid the second night of riots following the death of Walter Wallace, Jr, a black man who brandished a knife in a confrontation with police on Monday.

The church has been described as a “total loss” after being torched by BLM protesters on Tuesday night, according to news reports and video footage released Wednesday.

A Vietnamese Baptist church was burned in Philadelphia last night. The Pastor says they poured a chemical accelerant on the roof and set fire to the building. Video of the aftermath of the fire. (video from Baptist Resource Network FB) pic.twitter.com/CTHGo7lENX

Suspects in the alleged arson attack have not been identified. 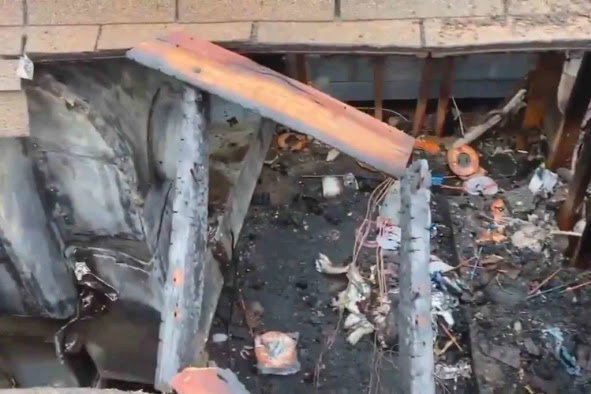 They threw flammable chemicals on the roof and [flames] burned through the roof” and the rest of the building, said Pastor Philip Pham.

Video shows the church’s inside torched, as pieces of the walls hung in shambles.

Insulation hung from the ceiling, as floorboards were covered in debris.

“I have no idea why they attacked our church,” Pastor Philip Pham told Baptist Press.

“They burned it from the roof,” he added.

“They threw flammable chemicals on the roof and [flames] burned through the roof” and the rest of the building.

Pastor Pham received a call Tuesday night from a church member whose friend had seen the flames and seven fire trucks surrounding the church, the Baptist Press reported.

He said the facility is a “total loss.”

Of primary concern to Pham were three hard drives.

Since before purchasing the building in 2005, Vietnam Baptist Church has served as something of a community center each weekday, providing help with immigration paperwork, taxes, and even marriage counseling.

Despite sporadic violence on Wednesday night, the city was calmer after the imposition of a curfew, according to Breitbart.

A much quieter scene in Philly tonight after a city-imposed curfew of 9 pm. Seeing police spread throughout the city, most near retail businesses. Hearing reports of smaller-scale looting but nothing like the scene from last night near Walmart. Wrapping up for the night #Philly

However, there was unrest in Washington, DC, where several officers were injured in an attack involving fireworks.

There were also other clashes between protesters and police.

The protests there were over the death of a man named Karon Hylton, who was killed on a moped during a police chase after he collided with a vehicle last Friday.

Other religious buildings have been attacked, burned, or vandalized during Black Lives Matter protests — including St. John’s Episcopal Church in Washington, DC, where President Donald Trump famously held up a Bible the following day.