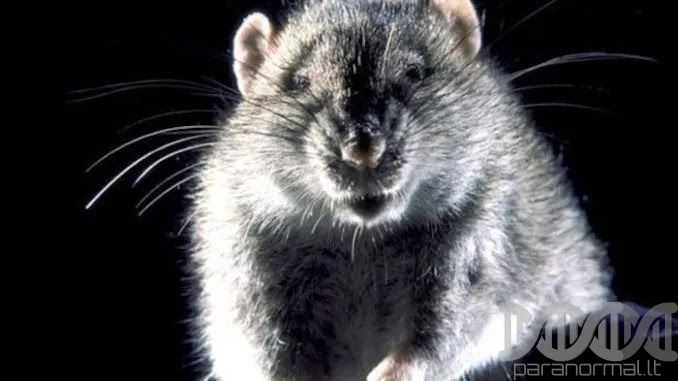 Rats are becoming unusually aggressive and have begun eating each other in America, according to scientists at the Centers for Disease Control and Prevention (CDC).

The deranged rodents are starving because of the lack of commuter litter as a result of the coronavirus lockdown.

The situation is so dire that the CDC have warned members of the public that they may see “unusual or aggressive rodent behaviour.”

“Jurisdictions have closed or limited service at restaurants and other commercial establishments to help limit the spread of COVID-19. Rodents rely on the food and waste generated by these establishments,” a CDC statement says.

“Community-wide closures have led to a decrease in food available to rodents, especially in dense commercial areas. Some jurisdictions have reported an increase in rodent activity as rodents search for new sources of food. Environmental health and rodent control programs may see an increase in service requests related to rodents and reports of unusual or aggressive rodent behavior.”

“A restaurant all of a sudden closes now, which has happened by the thousands in not just New York City but coast to coast and around the world, and those rats that were living by that restaurant, someplace nearby, and perhaps for decades having generations of rats that depended on that restaurant food, well, life is no longer working for them, and they only have a couple of choices,” he said.

Their choices are cannibalism, rat battles and infanticide.

“They’re mammals just like you and I, and so when you’re really, really hungry, you’re not going to act the same — you’re going to act very bad, usually,” he continued. “So these rats are fighting with one another, now the adults are killing the young in the nest and cannibalizing the pups.”

The city of Chicago is having serious trouble with rodents becoming more daring when it comes to scrounging for grub. The typically nocturnal Norway rats are coming out during the day to find their meals, the Chicago Tribune reports.

“As they look for food, people are noticing them more,” Jim Fredericks, of the National Pest Management Association, told the publication. “Rats carry disease and they’re very unsightly, so it’s a big thing. People are wanting to take steps to keep rats away from their homes.”

A similar situation happened in New Orleans after the Louisiana governor enforced a stay-at-home order.

In the French Quarter, a tourist area usually heavy with traffic, swarms of rats were seen taking to the streets to find food in a video that made the rounds online in March.

Washington, D.C. has implemented special measures to combat rodent issues, too, NBC News says. According to city 311 data, the city has had almost 500 rodent-related calls in the past 30 days.

To combat rodent infestation, the CDC suggests “sealing up access to homes and businesses, removing debris and heavy vegetation, keeping garbage in tightly covered bins and removing pet and bird food from yards.”