CNN: Parler Is A ‘Threat To Democracy’ And Is ‘Bad For The Country’ 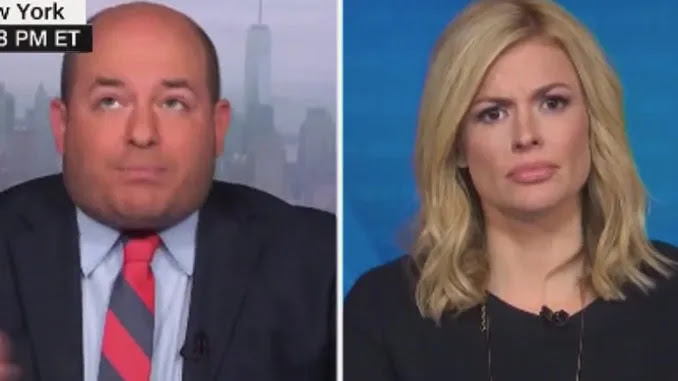 Social media platform Parler is a “bad thing for the country” according to CNN anchor Brian Stelter who went on a long rant about the pro-free speech platform before claiming that it is a “threat to democracy.“

CNN anchor Brian Stelter and reporter Pamela Brown displayed a stunning lack of self-awareness – even by CNN standards – during a discussion about the exodus of Trump supporters from far-left social media platforms like Facebook and Twitter.

“Mmm, that’s what I was gonna say,” Brown said, nodding in agreement.

“There’s this new social media app called Parler getting a lot of attention because conservatives are leaving, saying they’re leaving Twitter and Facebook, going off to Parler because they believe Parler is a safer space for them,” Stelter continued. “What we’re seeing is even more of a bunker mentality in right-wing media, and ultimately that’s not good for the country.”

Brown then offered up her words of wisdom on the issue: “No, it’s not good, it’s a threat to democracy, um, that these people are in echo chambers and getting fed a diets of lies, essentially.”

It's always a little amusing when @CNN worries people are going into their own partisan bubbles. (Lack of self-awareness????)

CNN’s messaging on alt tech is comes across as even tone deaf when one considers that CNN, like most corporate platforms, does not disavow and in fact actively encourages the ruthless deplatforming of non-progressive viewpoints from social media.

Such deplatforming and censorship is the sole reason why many users of Facebook and Twitter have fled those platforms seeking refuge on Gab, Telegram, and Parler.

Gab in particular has experienced an explosive surge in growth recently, as users reject the claims of Big Tech  corporate bureaucrats related to the 2020 presidential election:

Despite being the most censored and persecuted alternative tech platform in the Western Hemisphere, Gab is exploding in popularity post-election as users flee the aggressively anti-consumer corporate echo chambers of Facebook and Twitter in massive droves.

“As a result of our free speech principles, Gab has been no-platformed and banned by 25+ service providers over the years including both App Stores, multiple payment processors, hosting providers, and more,” Torba wrote in a blog post this week.

“This week was Gab’s best performing week in our four year history,” Torba revealed Tuesday. “To give you an idea of just how fast we are growing: Gab was visited 7.7 million times in all of October (up 99% from September,) but this past week alone we’ve seen 7.15 million visits and growing.”

Needless to say, CNN’s Stelter and Brown did not provide further explanation regarding the “threat to democracy” they believe alternative tech poses to the United States of America.