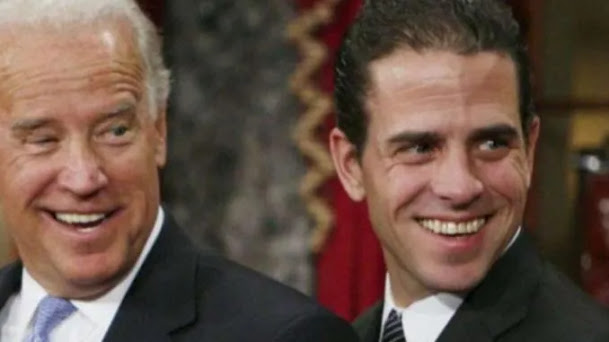 Joe Biden has told CNN that his son Hunter’s business dealings will be kept away from the presidency & the government.

In an interview with CNN’s Jake Tapper, Biden vowed that his family’s dealings will not conflict with his role as commander in chief while dismissing prior allegations of inappropriate business deals.

The former VP said: “My son, my family, will not be involved in any business, any enterprise, that is in conflict with or appears to be in conflict, with the appropriate distance from, the presidency and government.

RT reports: The business ties of both Hunter and Jim Biden – the son and brother of the president-elect, respectively – have come under fire in the past, with a bombshell New York Post report in October alleging the two peddled the career politician’s influence to foreign companies.

Based on a trove of emails reportedly obtained from a computer belonging to Hunter, the report also indicated that Joe Biden, as vice president under Barack Obama, met with an executive at Ukrainian gas firm Burisma, where Hunter sat on the board of directors and raked in a $50,000 monthly salary despite having no prior experience in the industry. The Biden family has denied all wrongdoing, with the former vice president insisting he never spoke with his son about any of his business transactions.

"There is a term for what Rudy Guiliani is suspected of being, which is "useful idiot""