Joe Biden Praises His Son To Oprah Winfrey: ‘Hunter is The Smartest Guy I Know 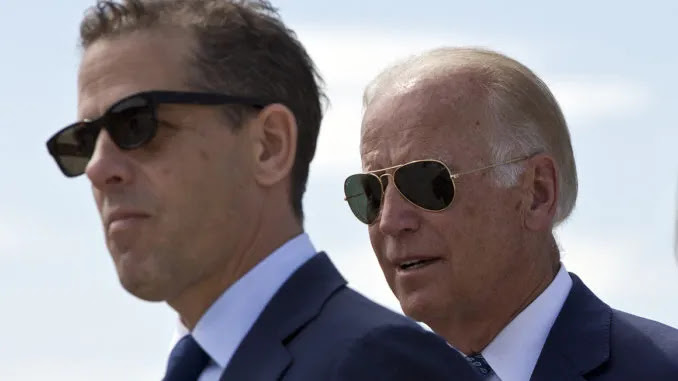 Joe Biden told Oprah Winfrey that his youngest son, Hunter, was the “smartest guy I know” during a campaign event on Wednesday.

The Democratic nominee made a surprise appearance on a virtual event hosted by Winfrey on Zoom according to the UK Daily Mail.

Oprah however refused to ask him a single question about the laptop scandal and his involvement in China business during the event.

Breitbart reports: During the event, only a portion of which was made available to the traveling press, Biden opened up on how his children convinced him to accept the number two slot on the Democrat ticket in 2008.

“So I got off the train, went home, true story. And we sat down … and I had my deceased son Beau, who was then the Attorney General of the state of Delaware. And I had my son. Hunter is the smartest guy I know,” Biden told those tuning into the event, adding that his children helped convince him to take the vice-presidential slot.

Biden’s testimonial about his son’s intellect comes after the New York Post published emails earlier this month that it obtained from a laptop allegedly belonging to Hunter. The laptop was supposedly dropped off by Hunter at a computer repair shop in Delaware in April 2019 after being subject to water damage. When no one returned to pick it up, a technician at the shop claims to have gone through the hard drive sometime in the summer of 2019 and proceeded to share it with former New York City Mayor Rudy Giuliani.

FBI investigators seized the laptop in December of last year as part of an investigation into foreign election interference and, according to Fox News, money laundering.

At the time the Post’s story was published, one of the emails, in particular, stirred national attention. The email, purportedly exchanged between Hunter and an executive with the Ukrainian-based natural gas conglomerate Burisma Holdings, alleges that a meeting took place between the former vice president and a representative of the company in 2015.

The meeting supposedly took place nearly a year after Hunter had joined Burisma’s board of directors. At the time, Burisma was facing heavy pressure from both the Ukrainian government and U.S. diplomatic officials over allegations of corruption. Adding to the potential perception of a conflict of interest, provided the meeting did take place, is that at the time the former vice president was the Obama administration’s point man on Ukraine.

Since the Post’s exposé, the former vice president has refused to comment on the matter, describing stories about Hunter Biden as a smear campaign. Biden has stuck to that strategy even as his campaign has suggested that although no official meeting with the Burisma representative may have taken place, it may have occurred in an unofficial capacity.

“Biden’s campaign would not rule out the possibility that the former VP had some kind of informal interaction with [the representative] which wouldn’t appear on Biden’s official schedule,” Politico reported earlier this month.

As Breitbart News previously noted, Hunter appeared at the Democratic National Convention over the summer to vouch for his father’s “honesty.”