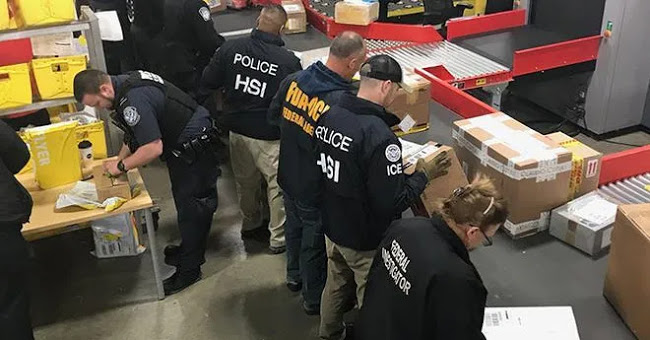 As the 2020 election continues, with recounts and legal action looming, allegations of systematic voter fraud have dominated the results in the few remaining contested states.

Calls have been made for an investigation after a bombshell investigative video, featuring an apparent whistleblowing postal worker in Michigan, may have exposed alleged organized voter fraud.

Federal investigators arrived in the state late on Thursday to follow up on the claims, according to Michigan’s 9&10 News.

The team of inspectors, sent by the United States Postal Service to a Traverse City post office, will be looking into alleged voter fraud exposed by a Project Veritas video.

The footage shows investigative reporter James O’Keefe talking with a USPS whistleblower in Michigan who claims to have witnessed organized voter fraud.

According to the whistleblower, a supervisor advised mail carriers to fraudulently backdate and postmark ballots from Joe Biden-friendly districts to November 3 to fool election officials into counting them.

Watch the insider explaining the alleged scheme to O’Keefe below:

What is happening in Michigan is beyond corrupt.

A whistleblower within the @USPS says he was ORDERED by his supervisor to ILLEGALLY BACK-DATE newly found ballots to November 3rd, 2020.

The video soon went viral, and was spread across Twitter, Facebook, and other sites, according to The Western Journal.

Word soon reached the Office of the Inspector General, who confirmed to Project Veritas that the allegation was being investigated.

The Office of the Inspector General @USPS contacted us last night and said they have seen the bombshell whistleblower video and are looking into it. #MailFraud https://t.co/meNH2C1POO

According to 9&10 News, the state of Michigan required ballots to be received no later than 8 p.m. on Nov. 3, and ballots received later, regardless of the postmark, will not be counted.

Even so, this investigation is good news for every American who wants free, open, and fair elections.

The alleged scheme to fraudulently backdate ballots is only one of the issues to come out of the crucial Michigan election.

Earlier this week, it was discovered that an issue with election programs tallied only two votes for a Republican candidate, despite many more supporters in the area.

It’s thought that 33 other counties in the state could be affected by the same issue.

Regardless of what these federal investigators discover, it’s clear that Michigan’s elections were far from perfect.

The whistleblower alleges that his postmaster at the Erie, PA office, Robert Weisenbach, ordered staff to illegally backdate ballots.

The unidentified postal worker says he overheard his boss, who he describes as a “Trump hater,” giving the order to backdate the ballots.

Earlier Thursday, Project Veritas also released an undercover video of a USPS carrier in Nevada vowing to commit voter fraud in an effort to remove President Trump from office.