How to create a “heaven on earth” for all mankind? 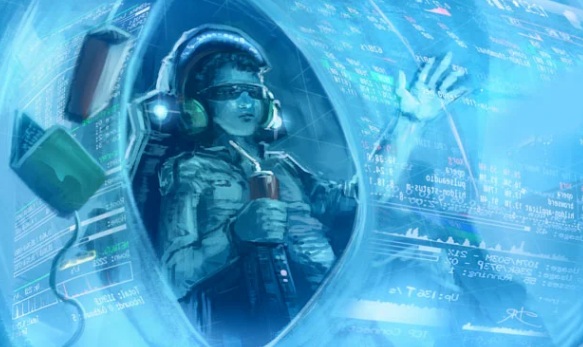 I asked myself this question and tried to answer it. Of course, by “paradise” I do not mean “paradise booths” somewhere in the mythical nooks of the past, but a very real place – our home called planet Earth.

Moreover, this is our only home at the moment, since the prospects for the colonization of other planets of the solar system for us are still rather dreams, and very far from being realized.

Do you know what I like about people? The fact that even being in difficult living conditions, they do not limit their interests only to how to earn their living – no, they are interested in more global issues: political, social, philosophical or scientific in nature. But what worries them the most?

In my opinion, most people on our planet are preoccupied with two main problems:

1) Security (in every sense of the word, including economic)

2) Happiness (in the broadest sense of the word)

While these problems may seem very different at first glance, they actually boil down to caring for your own well-being.

In this context, it is quite easy to understand why humans do not live in paradise on Earth.

There are many problems that are prevalent all over the world today, such as wars and crime (with all the associated problems), as well as various health problems, both physical and mental.

It seems obvious that no one wants to live in a world where they are constantly under the threat of violent crimes, wars or other disasters, and it is also clear that many people want to find love and happiness not only, and not so much for themselves, but rather for those who are very dear to them.

Hence, the most obvious way to create a paradise on earth would be to increase security for all people and increase the opportunities for human relationships.

When it comes to security, there are a number of obvious things that can be done. For example, many people are worried about pollution and environmental degradation, as well as related issues such as global warming and overpopulation.

There is an obvious solution to this in the form of cleaner energy sources (such as solar energy) and more efficient modes of transport (including space travel). This would help reduce fears about climate change at least partially.

Another issue that is widely discussed is the possibility of a nuclear war between large countries. This could potentially lead to the extinction of all of humanity, if it happened at the moment, given the advances in technology and weapons compared to previous generations.

In addition to these issues, there are a number of other issues that seem to be at least somewhat predominant, such as privacy, economic insecurity and social inequality.

What we can do?

If we digress from philosophical reasoning and look at the real situation that has developed in the world over the past ten years, we can see that the world has ceased to live by the rules.

If earlier, there were official and unofficial rules of “behavior of states in international relations”, now these “gentlemen’s agreements” are completely ignored.

One possible solution to this could be the creation of a “world government” that would control all aspects of human life (including economy and technology). However, this will almost certainly have some negative consequences.

Pros: One government of all human civilization, by definition, will save us from wars, economic inequality, social inequality and the likelihood of global destruction in the event of a nuclear war. In fact, on planet Earth, there will be one huge country in which the entire population of the planet will live.

Cons: There is a risk that people will come to power who will turn the good goal of “heaven on earth” into the possibility of establishing a dictatorship in which all the disadvantages of the previous type of government will remain, when “everyone was for himself”, but already without the opportunity to defend their interests as it was when there was a system of scattered but sovereign states.

How, then, to create a paradise on earth for everyone?

1) Develop future technologies that will help us save the planet and stop global climate change.

2) To develop medicine in the direction of increasing the life expectancy of a person, which will entail an increase in the quality of life, and an increase in “happiness” for each individual citizen.

3) To achieve maximum protection of people from any threats. The safety of citizens in all spheres of life should become a priority for the state.

4) Revive the system of “international rules”, which must be observed by all countries, without exception.

5) Limit the proliferation of nuclear weapons in order to increase the overall level of the sense of security of all mankind, and save it even from hypothetically possible mutual destruction