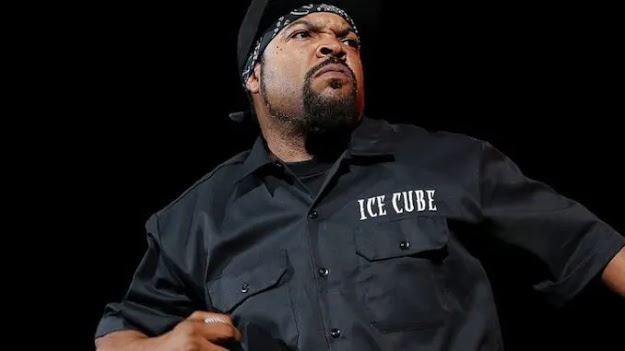 Ice Cube is calling for “reparations” from Hollywood studios to compensate black people for “stealing our history and giving it to white people.”

“All the studios who contributed in our narrative, in our pain, in our misrepresentation, in stealing our history and giving it to white people for over a 100 years, so I think these studios that we know and love should kick in to a studio that’s ran by black people with no outside influences, and whose movies and projects are owned by those black people,” Ice Cube said in an interview with The Breakfast Club on Wednesday.

“Those black artists, those black directors and writers, and people who put the projects together should own the projects, and any studios they can license — the projects, the movies, or the TV shows or whatever — or they don’t have to,” he said.

“We can put them on our own streaming services. I just think it’s a form of reparations from the entertainment industry if they all had to invest a certain amount of money into the studio each year as payment for all the damage they’ve done to black people.”

Breitbart.com reports: Ice Cube’s Hollywood acting career kicked off with his starring role in the John Singleton-directed classic Boyz n the Hood. He’s since founded his own production company, Cube Vision, and has an estimated net worth north of $100 million.

His calling for “reparations” from Hollywood studios is a part of his broader political manifesto entitled, “Contract with Black America,” which he said he will propose to “the parties” and “the candidates” running in November’s presidential election.

This is an updated version of A CONTRACT WITH BLACK AMERICA. We’ve been working with a lot of experts and great people during these last few weeks. The document is much stronger and much more detailed. We will continue towards perfection. https://t.co/DyIk5F5x7y

Ice Cube called for broader “reparations” in terms of America’s economy. Black people should be apportioned “13.5 percent of the pie” given their share of the nation’s population. Charlamagne tha God characterized the country as manifesting “white supremacy.”

ICE CUBE: Try to do it in [an] across the board, broad manner, because … stomping out little fires here and there just ain’t gonna cut it. We are 13 percent of this country — more, 13.5 — and we deserve 13.5 percent of the pie, straight up, across the board. …We’re not trying to get to reform. We need equality, straight up. … Why reform a system that was geared towards our demise? We need to be equal.

CHARLAMAGNE THA GOD: Yeah, fuck reform. We got to take the whole system down, dismantle the whole mechanism of white supremacy.

“We need to do some drastic to to fix the problem at hand,” said Ice Cube.

Charlamagne tha God asked, “As a black man who has accomplished so much, do you do you truly feel free in America?”

Ice Cube replied, “No. No way to feel free in America, because I’m connected to our people you know, so I actually feel the pain.”

Ice Cube concluded, “How the hell are you going to feel free in this country just because you have money? That ain’t shit.”